Boxing Legend Joe Louis Is Getting A Biopic 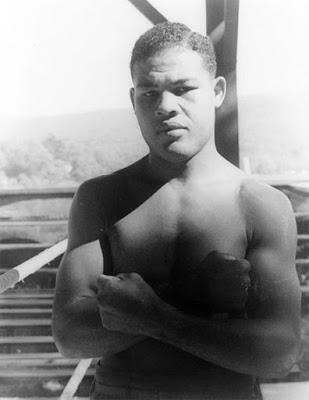 Boxing aficionados have no need to worry about Creed being the last of its subgenre, because the sport itself will always continue to drive enough enthusiasm for the film industry to build on it. With that in mind, leave it to producers Bill Duke, Gil Adler and Joel Eisenberg who have reportedly signed a desl with Kirmser Ponturo Group’s own Fran Kirmser and Tony Ponturo for a new Joe Louis biopic.
Variety states the new film will center on Louis’s reign as a cultural American hero amidst the turmoil of the last century stemming from World War II. Moreover, the aim will specifically focus on Louis’s two historic fights with so-called German superman, Max Schmeling, who was non-sympathetic to Hitler’s NAZI regime. The two fought in Yankee Stadium where Louis claimed victory following his defeat two years earlier in 1936, adding to his record of well over 70 professional fights with just three losses before retiring after his 1951 loss to Rocky Marciano.
Louis passed away at the age of 66 in Nevada on April 12, 1981, and was officially buried nine days later with military honors at Arlington National Cemetery at the behest of then-president Ronald Reagan, where Schmeling served as Pallbearer.
The legendary boxer left behind a wife and two children; His son, Joe Louis Barrow II, who signed the rights to his father’s life to Kirmser Ponturo Group two years ago, will also produce.