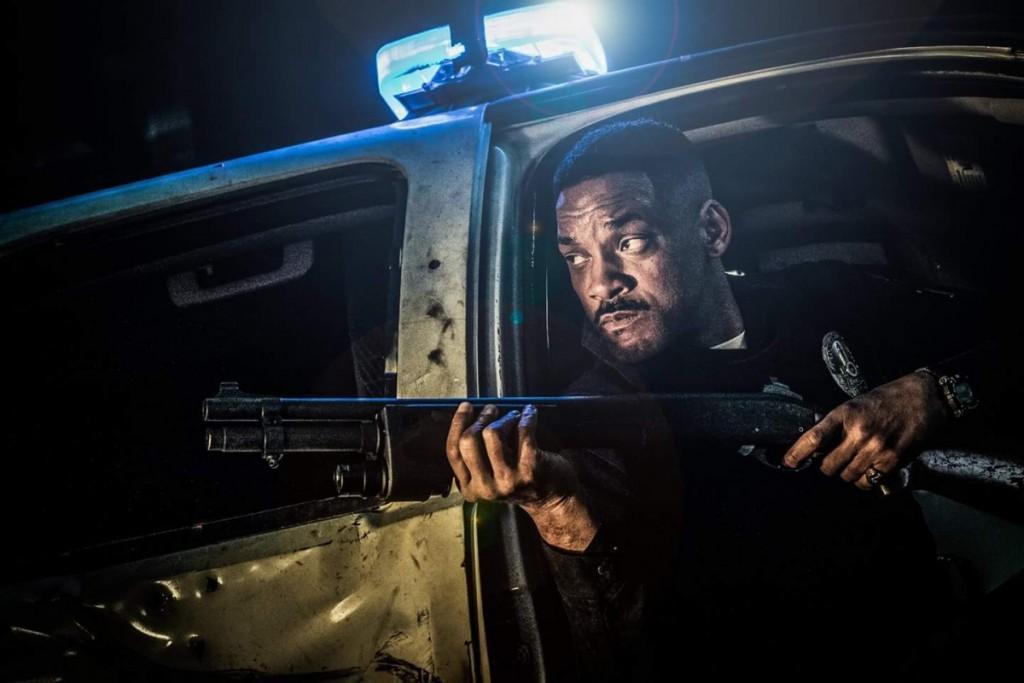 Promising a gritty action fantasy thriller for the Netflix demographic, David Ayer’s latest, Bright, is poised for a December 22 release in a seemingly strong follow-up from his previous WBDC effort, Suicide Squad. A teaser arrived back in February bringing just a little more than enough to satisfy the curiosity of what a present day crossover between End Of Watch and Lord Of The Rings looks like, and now we have ourselves a full trailer that welcomes all takers.
For this, we get Ayer in reunion with actor Will Smith in the role of a cop and human counterpart/reluctant partner to Joel Edgerton’s role as an Orc, one of the many species co-existing in the Earthbound hybrid alien crime drama – Think Gintama but without the 4th wall-breaking high jinks and so on, (although just enough homoerotic cheek from Edgerton to wager a chuckle or two) and with actresses Noomi Rapace, Lucy Fry and Margaret Cho, and actors Edgar Ramirez and Ike Barinholtz also starring.

Set in an alternate present-day where humans, orcs, elves, and fairies have been co-existing since the beginning of time. Bright is genre-bending action movie that follows two cops from very different backgrounds. Ward (Will Smith) and Jakoby (Joel Edgerton), embark on a routine patrol night and encounter a darkness that will ultimately alter the future and their world as they know it.

Bright is also up for a hopeful sequel if the rumors are anything to say for it. Otherwise, there’s still time to stir the pot should Ayer’s latest effort of film labor suit your fancy.