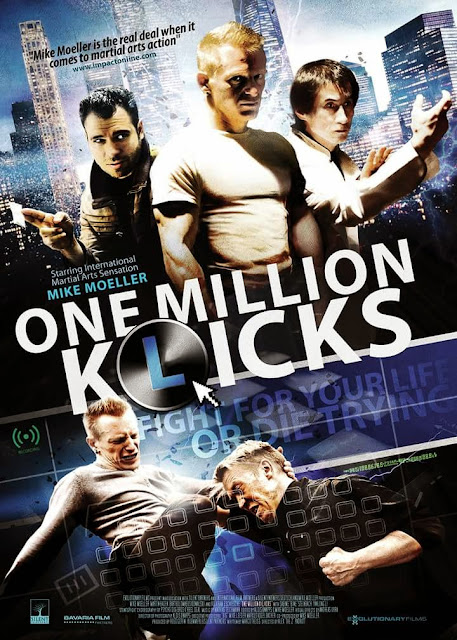 Alexander Padrutt‘s directorial debut, One Million K(L)icks, is certainly one with a setup seen before in previous films, but still presents another delightful experiment in genuine martial arts and drama filmmaking with an actor capable of presenting the gravitas on both ends. Lead actor and action star Mike Moeller is no stranger to this as be continues his rise in the genre with his latest role as talented fighter forced to come to grips with the underground fighting circuit and the crooks running it, as well as his own personal demons.


The film is the launchpad of producers Rudieger W. Kuemmerle and Mike Leeder over at Silent Partners Deutschland and has already had an audience in Europe, specifically in Germany, although the film is now making waves at Cannes this month where UK-based Evolutionary Films will be representing international sales for the film. As such, the company is likely setting things in motion for its release in the UK as the film launches its newest trailer this weekend which you can view below to accompany its new poster art this week.

ONE MILLION K(L)ICKS is a high impact German language martial arts movie which follows Mike Moeller’s character, a well meaning if belligerent fighter who finds himself drawn into the world of an underground martial arts tournaments. He soon learns that money and glory mean nothing when your life is on the line for the entertainment of viewers streaming the fights across the Internet.

The new trailer itself is currently not embeddale on other sites beyond its Vimeo page, so head over there to view the fresh new exclusive trailer with English subtitles to boot!

Iron Dragon TV And Well Go USA Are Screening BLADE OF KINGS Next Week! 'Doom' Arrives In The New Trailer For FANTASTIC FOUR