UK filmmaker James Bushe is currently leveling up his creds for a stint in feature-length territory following the stellar reception of his 2015 fan film, Predator: Dark Ages. Now seuging into comedic action and horror, his 2014 short, Cannibals And Carpet Fitters is on deck for a hopeful 2017 release with an expanded take on its award-winning predecessor.

A group of carpet fitters are sent on a job to an old Country house in the middle of nowhere. However they soon discover it’s a trap set up by the savage, cannibalistic family, The Hannings. The carpet fitters are forced to fight for their lives or risk ending up being the evenings dinner. Unfortunately they are not quite your typical heroes!

Returning are actors Darren Sean Enright and Richard Lee O’Donnell who wrote the script. Also starring are Dominic Holmes, Doctor Strange co-star and world martial arts champion, actress Zara Phythian and rising martial arts star Grant Stevens, actress Laura Jean Marsh and actors Tony Nyland, Christopher Whitlow and Lee A. Charles among the cast.
Time will tell when a first teaser or trailer arrives but we now have our first official poster which you can view below. Check it out and check out plenty of other gems at the film’s official website. 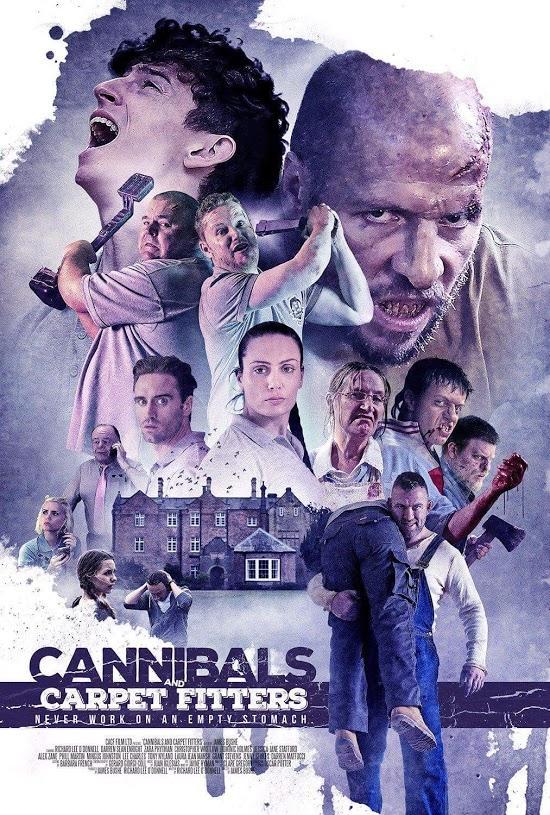 CHANNEL BLAST: Rossatron Dives Into The World Of Shaky Camerawork In His Newest Video THE HIT LIST: January 16, 2017