For Portugal, today marks the 40 year anniversary of the Carnation Revolution which saw the overthrow of the authoritarian regime, Estado Novo back in 1974. In light of this occasion, we have a trailer for a brand new, whimsically satirical action comedy from the mind of co-writer and director João Leitão, Capitão Falcão (Captain Falcon) starring actor Gonçalo Waddington in the title role. 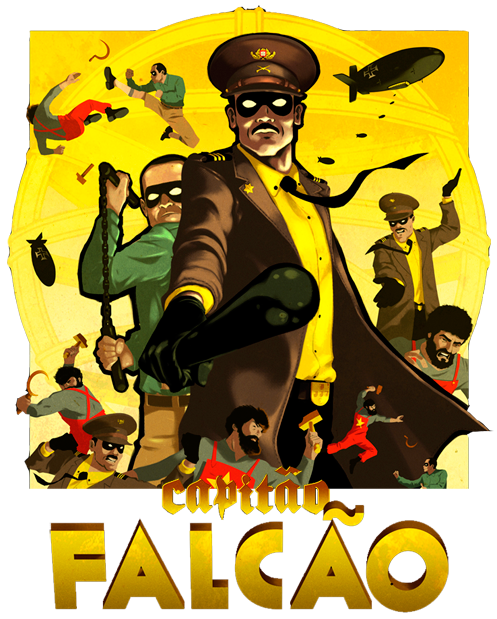 The trailer comes off the heels of a long and arduous production process that began its conception in 2009 as a possible original TV comedy series, with a pilot ready to air and at least eight more episodes scripted before the show was ultimately canceled. The project is also the latest collaboration between Leitão and fellow actor and stunt coordinator David Chan Cordeiro who both share a mutual love and passion for action movies, a genre that has proven difficult to produce to in Spain’s capital. “We met in 2006 while I was home for Christmas.” says Cordeiro. “I was living in Los Angeles at the time we became friends, and the director approached me in 2009. He pitched an idea about a fascist superhero which would be a mix between the classic 60’s Batman and Green Hornet shows.”.

Cordeiro also spoke about his expectations at first before the production grew into something much more larger and ambitious with Leitão at the helm. “Initially, I thought he just wanted my help to choreograph some action and stuntwork with a team,” he says. “But as we met more and more during pre-production, I became increasingly excited because I had free reign to do stunts my own way!”. 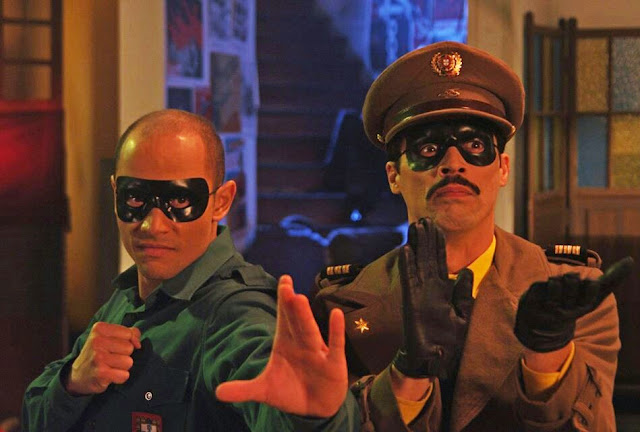 It’s been well over four years since Leitão sought to materialize his vision working tirelessly on his new labor of love, and now beating the odds and well on his way to greener pastures with Capitão Falcão finally in post production after wrapping a six-week filming schedule that ended in December of last year. And between now and catching the world’s attention in 2011 with a pitch trailer for the now defunct TV show, despite the difficulty of making action films for domestic audiences, Leitão‘s prospects seem quite better nowadays and his new film considering the response he’s getting from the locals. “It’s been insanely positive,” he says “We get fan art and constant emails asking about it.”.

He continues, “The really cool thing about this is finding out there’s a lot of people like me and David that also love action films and share the same vision to grow the genre in Portugal. It’s not so much about making the first action movie though. We’d love it if there were more. It’s just something we’ve liked since we were kids and it’s unfortunate that we never see it happen here.”.
Personally, I’m astounded to know that the action genre is stagnant in parts of the world outside Hollywood, but it eases me to know that the audience out there still exists. Really, all we have to do is lend our support to self-funded productions like this the right way, and filmmakers like Leitão can still have a shot, and filmgoers can continue having something to look forward to in the years to come. And with any luck, Capitão Falcão may even get a comic book series. Sound good?
Capitão Falcão is currently in post production. Meanwhile, the official first trailer has now gone viral and is available for viewing in the embed below.
To learn more about Cordeiro, follow him on Twitter, and subscribe to the official Facebook page for his stuntteam, MAD Stunts. To keep tabs on things Capitão Falcão, follow the film on Facebook as well.