The most recent broadcasting of director Joey Ansah’s latest Capcom/Machinima venture, Street Fighter: Resurrection, has been an exciting experience, though not so much for fans and folks living outside of the U.S., the reach of Verizon’s mobile content viewing app, Go90. For this, it’s understandable why it feels discouraging to some measure, but remember – and I’ve emphasized this before – that this was strictly done on behalf of Machinima’s content output deal with Verizon and not Ansah or the production itself.

That said, you can learn more about the series at the official home base on Facebook for Street Fighter: Assassin’s Fist where the campaign has since sustained itself into the thrust of promoting the next major series installment, Street Fighter: World Warrior. This could be good news while fans await Machinima’s next move on releasing Street Fighter: Resurrection publicly, particularly with the latest release of a new character photo from the series featuring martial artist and actor Silvio Simac (Undisputed 2: Last Man Standing, Transporter 3) in full-blown costume as Capcom supervillain, M. Bison, who makes his closing appearance at the bottom of the fourth episode which I discuss here.
It may even be a sign that Machinima may be closer to relenquishing their hold on the series, which would be terrific news for anyone outside the U.S. who has been painfully waiting to see it. That said, Street Fighter has an enduring and loyal fanbase – a crowd that is not so easy to quell when it feels like they are not being heard like any other crowd. This content deal may have been a good idea at the time, but only, an clearly these days for most of the parties involved, and that’s not something the fans of any franchise should have to endure when it comes to digital content once made publicly accessible such as Assassin’s Fist was on YouTube.
The point? Fans want what they want, and they deserve to get it promptly. Thus, we’re nearing the halfway point of 2016 and with the latest reveal of Simac as Bison below, this could mean something big is about to break for the series and fans worldwide. However, this doesn’t mean we should let up. Keep the pressure on Machinima to do the right thing and release this series publicly, and by all means, try your best to not succumb to the dark Hadou with frustration.
Street Fighter: Resurrection joins Simac opposite actors Christian Howard and Mike Moh along with Natascha Hopkins, Alain Moussi, Katrina Durden, Amy Johnston, Amed Hashimi, Alexis Rodney and Gillian McGregor. 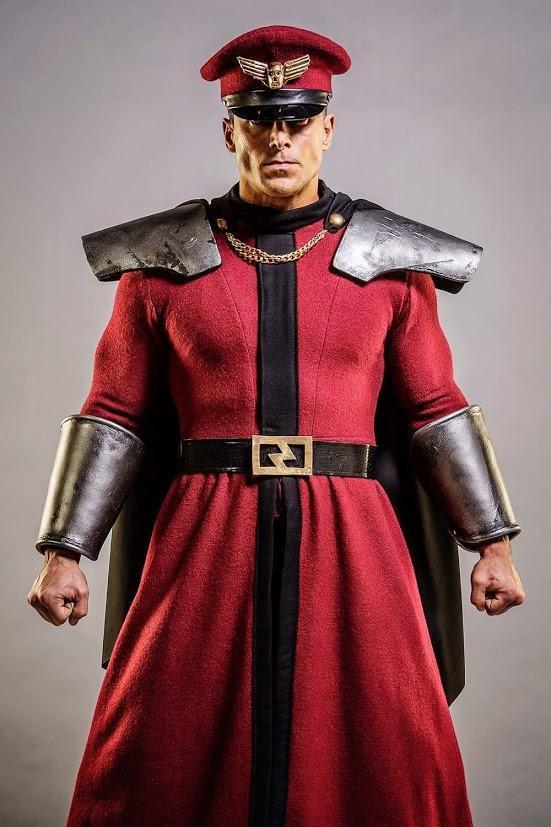