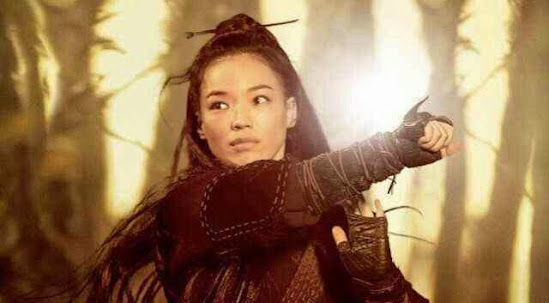 Things are almost in full swing with just a few more weeks to go before Taiwanese director Hou Hsien-Hsiao‘s latest, The Assassin, premieres at Cannes. The film has since quite a long journey from start to finish spanning decades from its earlier conception up until now, and thankfully we’ve arrived to some visuals that are a lot nicer on the eyes than the patience has been on our collective sensibilities.

The folks over at The Film Stage kindly presented a batch of FIVE new stills from the film as of this week with actress Shu Qi among those front and center, which still awaits its respective releases throughout Asia. Feel free to glance at them below and wait for more info as it follows.

9th century China. 10-year old general’s daughter Nie Yinniang is abducted by a nun who initiates her into the martial arts, transforming her into an exceptional assassin charged with eliminating cruel and corrupt local governors. Oneday, having failed in a task, she is sent back by her mistress to the land of her birth, with orders to kill the man to whom she was promised – a cousin who now leads the largest military region in North China. After 13 years of exile, the young woman must confront her parents, her memories and her long-repressed feelings. A slave to the orders of her mistress, Nie Yinniang must choose: sacrifice the man she loves or break forever with the sacred way of the righteous assassins.

Watch The New Teaser For Upcoming Sci-Fi Thriller, TEMPLE, And Then Pray It Becomes A Full Movie! Keanu Reeves Is Officially Returning To Shoot More People In The Face In JOHN WICK 2!