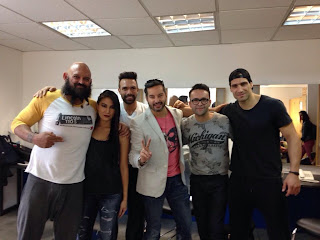 Over the course of the past month or so, filming went underway for filmmaker Riccardo Gabrielli R‘s cinematic rendition of 7G Comics superhero property, Zambo Dende. A small handful of promotional pics went viral as well while those of its lead actor, martial arts action superstar Marko Zaror continue to remain a mystery for a delightful surprise to come.
This week, however, the earlier photos that arrived cropped on Twitter several weeks ago are now available in full-size viewing with characters listed from top to bottom as follows, with photography by Gabrielli R: Darren Shahlavi as Pistols, Michelle Lee as Whip, Tait Fletcher as Blade, Esteban Cueto as Force, Hector Garcia Cortez as Foreman, Conrado Osorio as Marko McGloin, Juanita Arias as Madeleine, Elkin Cordoba as Danbéle, and Miguel Morales and Juan Ruiz as Guards. You can also view a handful of more black and white character photos taken by Andres Valcarcel, which should also whet the appetite until the official delightful unveiling of Zaror in full costume in due time.
Check it all out below! 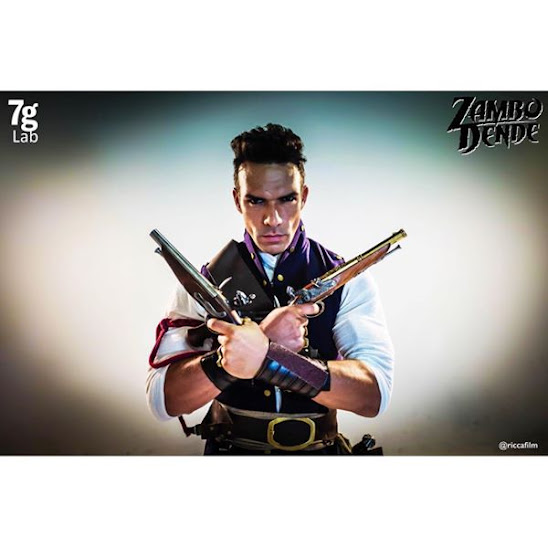 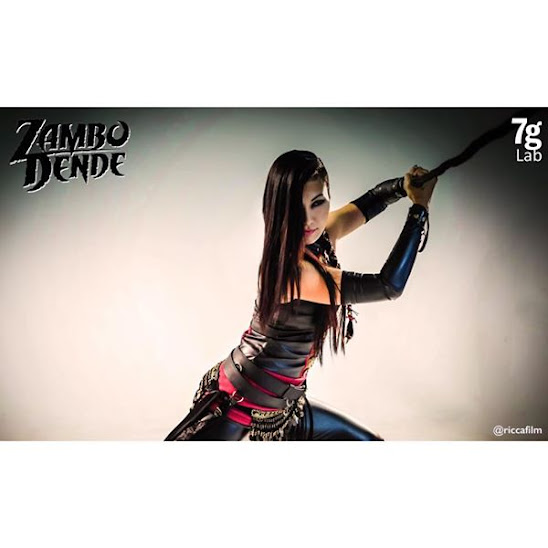 The film, based on the work of creator Nicolas Rodriguez, is centered on the story of a child named Azuk who would grow up to discover his noble roots and become a symbol of hope for the oppressed slaves of 16th century Latin America. The status of the project is not yet known, but the photos are a sure sign of progress, as well as a means for excitement if you are a fan of Zaror and are looking forward to the release of his newest completed actioner, Redeemer next year.

Rest assured though, if a Latin American superhero is what you’ve been waiting for in Zambo Dende, then that’s what you’re getting. So stick around for future exciting news!