Check Out The Trailer For Buddy Cop Bollywood Actioner, DISHOOM 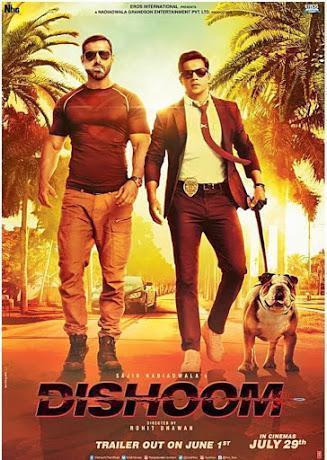 Director Rohit Dhawan earned some praise back in 2011 with his directorial debut Desi Boyz,  and now he’s hitting fans up with the new action-packed adventure, Dishoom releasing on July 29 from Eros International and Nadiadwala Grandson Entertainment – the story that pits two cops from opposite sides of the Arabian sea for a 36-hour manhunt when India’s top batsman goes missing in the Middle East.
Actor John Abraham, star of the latest Asian cinema remake, Rocky Handsome, stars with Varun Dhawan and actress Jacqueline Fernandez headling the action and antics to accomodate the usual ensemble music videos and scoring. Check out the newest trailer below ahead of the film’s July 29 arrival!