CHUCK: Rocky Meets ‘The Real Rocky’ In The First Trailer 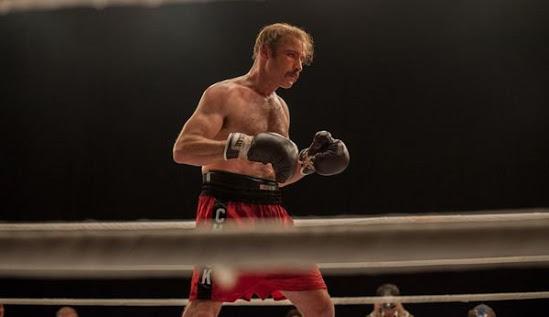 Last year’s news saw no shortage of boxing movie titles and director Philippe Falardeau’s latest, Chuck, was one of them. Dealing with the life and times of one of boxing’s celebrated figures is a script from Jeff Feuerzeig and Jerry Stahl with actor Liev Schreiber (Ray Donovan) leading the tale both inside the ring AND out.
SYNOPSIS:

He was the pride of Bayonne, New Jersey, a man who went fifteen rounds in the ring with Muhammad Ali, and the real life inspiration for Rocky Balboa. But before all that, Chuck Wepner (Liev Schreiber) was a liquor salesman and father with a modest prizefighting career whose life changed overnight when, in 1975, he was chosen to take on The Greatest in a highly publicized title match. It’s the beginning of a wild ride through the exhilarating highs and humbling lows of sudden fame—but what happens when your fifteen minutes in the spotlight are up? Driven by a committed performance from Liev Schreiber, Chuck is a refreshingly human tale of resilience and redemption. Elisabeth Moss and Naomi Watts costar.!a!

Schreiber also produced the film with Christa Campbell, Lati Grobman, Carl Hampe and Michael Tollin prior to screening in Venice and then Toronto where IFC Films eventually picked it up last Fall. They’ll be releasing the film theatrically in the U.S. on May 5, and now we have a trailer to help spotlight things, including the young actor who would envision Wepner for his inspired, filmic persona of legend.
Check out the trailer below!