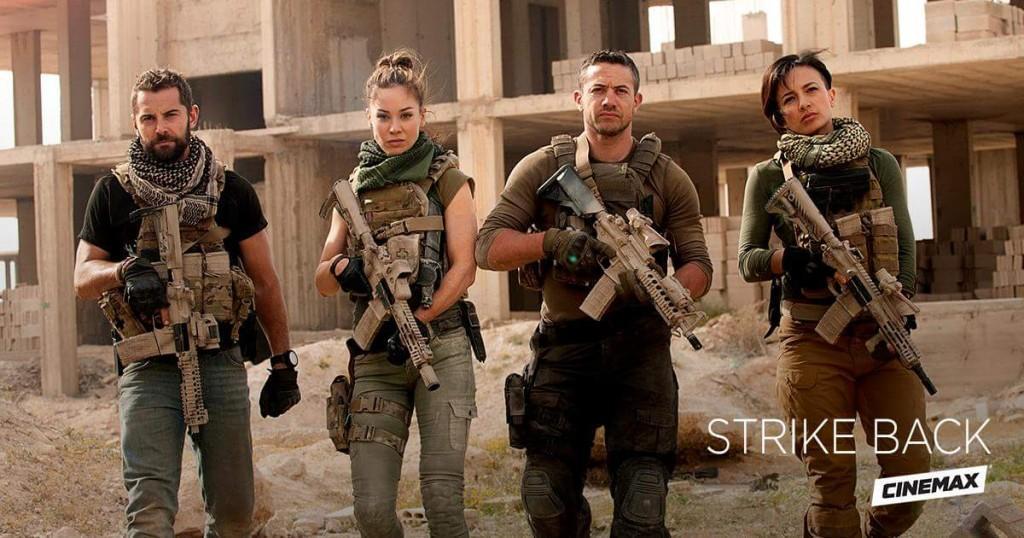 A return to action-packed television is exactly what the doctor ordered for fans keen on the hit Cinemax series, Strike Back since announcing a fifth season late last year. A 2018 premiere date will likely be the case as things usually go while we now have an official teaser to whet the appetite with a new set of badasses shepherding the heroic counterterrorism unit of Section 20.

Disavowed and disbanded, the Section program is restored in order to track down a notorious terrorist following a brutal prison break. Tasked with covert military intelligence and high-risk operations, the resurrected unit embarks on a lethal manhunt that will uncover a vast web of interconnected criminal activity. As the team journeys across the Middle East and Europe, they uncover a deadly conspiracy that threatens to overwhelm them all and change the face of modern warfare forever.

Headlining are actors Warren Brown and Daniel MacPherson, and actresses Roxanne McKee and Alin Sumarwata with Nina Sosanya, Katherine Kelly and Trevor Eve also starring. Character descriptions can be read here for good measure while the first teaser is now live in the player below.

“Are you in?”
The new season of #StrikeBack returns to #Cinemax in 2018. pic.twitter.com/nPGmnNEWBp