CLOSE RANGE Gets Up Close With A Killer Poster And, Once More, The Official Trailer!

About a week ago, someone reportedly jumped the gun on the latest trailer for director Isaac Florentine‘s newest action thriller, Close Range. Thankfully, Bleiberg’s Company B finally unveiled it online just a few days ago, and as of today, the film has a new poster as well, both of which you can check out right now. 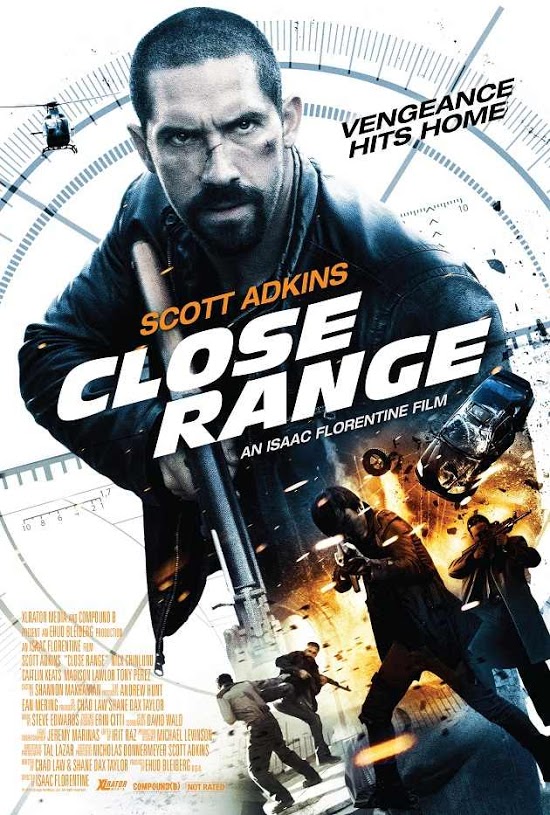 Action star Scott Adkins leads the film as a former soldier forced to defend his family on their own home turf from a druglord and his men, and the crooked sheriff protecting them, after violently rescuing his niece from their clutches.
If you haven’t seen the footage yet, the action is intense as seen in the trailer sampling the usual best out of an Adkins/Florentine paring following their 2013 festival favorite, Ninja 2: Shadow Of A Tear. Plus, you get to see actor and fight choreographer Jeremy Marinas opposite Adkins in a few shots as well, which will make this film’s December 4 release all the more rewarding.

MEMORIES OF THE SWORD Wields A New U.S. Trailer Is 'Street Fighter' Actor Mike Moh Going To Play Bruce Lee In BIRTH OF THE DRAGON?