Frederic Petitjean’s latest attempt at the aging hitman genre ends pretty synonymously with a title like Cold Blood. Casting Jean Reno inherently serves fans of the actor familiar with his heyday as Leon – a more suited tragic hero type compared to the role he plays in this outing opposite actress Sarah Lind.

Wintery North American landscapes are the backdrop of the film’s opening sequences with a woman speeding down a path in a snowmobile. Mortally wounded after losing control and crashing, she crawls upon a cabin whose owner approaches her, carefully observing the snow-driven woods behind her before escorting her inside and treating her wounds.

Those events, however, are prologue to when the actual story begins – months earlier when our assassin, Henry, takes out a wealthy industrialist up close before a clean getaway, leaving nary a trace for detectives Kappa (Joe Anderson) and Davies (Ihor Ciszkewycz) to follow in their investigation of facts pertaining to the hit.

The bulk of the film’s intended focus, really, Henry and his patient, Melody. Their coexistence is mostly on rough ends as much as he tends to her wounds with unconventional methods and a survivalist nature, despite doing so with a mannerism he illustrates as one unaccustomed to helping people. As much as he wants her to heal, he clearly also wants her gone.

That frustration, albeit mild amid some of the more intense moments like pulling days-old twigs out of her flesh, is also part and parcel to what’s not being said, as Melody has yet to divulge why it is she’s in the area. That question takes about an hour to answer going into the second half of the film.

To the film’s benefit, Petitjean does manage to stimulate things with an intriguing story and script with enough layers to maintain a modicum of interest for viewers. To be fair, it may not be enough thanks to some lacking chemistry between our two leads, although with Reno given his usual cinematic gravitas and overall presence, it’s hardly problematic. 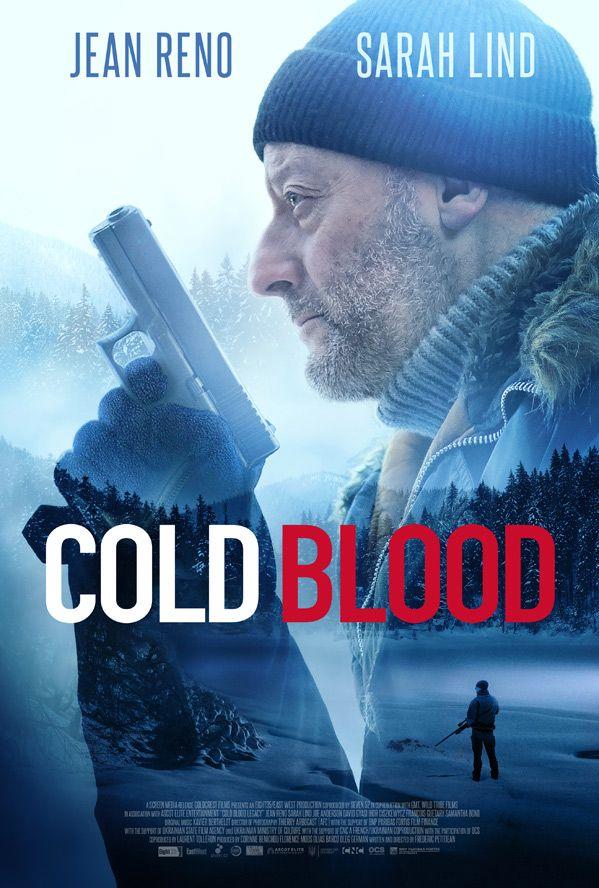 You won’t find Reno’s Henry hanging upside down in doorways as he goes in for the kill, but what he lacks in physicality, he makes up for in preparation and cunning. Those moments are only few and far between, and provided you didn’t go into this film expecting stylish wall-to-wall action, they should suffice.

Interestingly though, it would have been neat to see how that particular trope would have played out here. Petitjean crafts a different type of assassin drama much quieter than what one might prefer, replacing commercially viable spectacle with a character development that runs a bit short-lived by the time of its finish.

Anderson and Ciszkewycz add some frequent stimulus to the rest of the film in their Kappa and Davies roles. Their banter grants a few chuckles from time to time while Anderson secures a more brooding air as the pivotal cop role in the film investigating the intial incident.

Cold Blood tells its story mostly in the form of a V-shaped assassin tale covered in some mystique, so most of the film will defintiely be a test as to how much of it will be tolerable before all the requisite plot twists are put in place. Everything else is all about Reno doing what Reno does best.

FAST AND FURIOUS PRESENTS: HOBBS AND SHAW Invites You To Cowboy Up For The Final Trailer FIST AND FURIOUS: South Korean Revenge Thriller Kicks Out A New Trailer