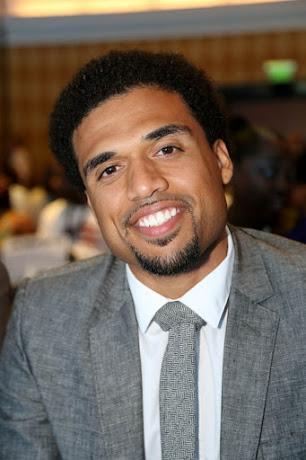 It was back in October that actor Sylvester Stallone, priming for a return to the screen with actor Michael B. Jordan for Creed II, announced he would direct. Fast forward to December this week on Monday as things appear to have switched gears with word that Stephen Caple Jr. would instead join the spin-off sequel at the helm.
Caple Jr., who has won several awards for feature and short film credits such as last year’s The Land and 2014 fave, A Different Tree, will direct the film from a script by Stallone and Luke Cage showrunner Cheo Hodari Coker following the Winter 2015 hit helmed by Ryan Coogler who is currently in talks for an executive producer role. Most of the plot details are thin apart from Variety’s reporting cited as follows:

The upcoming installment follows Adonis Creed (Jordan)’s life inside and outside of the ring as he deals with new-found fame, issues with his family, and his continuing quest to become a champion.

The report states that Stallone spoke with Jordan and the executives after considering sitting in the director’s chair and ultimately decided on a search. Upon vetting Caple Jr., the report shares that what helped seal the deal was Caple Jr.’s Sundance 2016 entry, The Land, an award-winning coming-of-age story of a group of boys who devote their summer to escaping the streets of Cleveland in pursuit of professional skateboarding.

“We could not be more fortunate and excited for the collaboration of Steven, Sly, Michael and the producers, to build upon the success of ‘Creed,’” said Jonathan Glickman, MGM’s president, motion picture group. “The combination of Steven’s talent and unique vision makes him the perfect director to continue the Rocky franchise’s storied lineage.”

“It’s an honor to be a part of such an iconic franchise and to work with such great collaborators,” Caple said. “Mike, Sly, and Tessa are extraordinarily talented and bring something special to today’s culture. I look forward to joining the family and continuing the precedent set by this franchise’s alumni of incredible filmmakers.”

“We recognized Steven’s talent for telling ambitious stories with incredible heart in ‘The Land,’” said producer Irwin Winkler. “We are confident what he will bring to ‘Creed 2’ will result in a story that resonates with audiences all over the world.”

“The character of Adonis Creed reflects this generation and its challenges,” Stallone said. “I believe it’s important for the director to also be a part of this generation like I was in mine, to make the story as relatable as possible. We are extremely lucky to have the talented young filmmaker Steven Caple Jr. step up and accept the role of director. I am confident that he and Michael B. Jordan will hit it out of the park!”

Thor: Ragnarok co-star Tessa Thompson will also return for the sequel, reprising her role as Bianca while details remain on who will help fill in the blanks re: recurring rumors on the film’s connection to Rocky IV co-starring Dolph Lundgren as the infamous Ivan Drago. Next to Winkler in the producers’ aisle are Charles Winkler, William Chartoff, David Winkler, and Kevin King-Templeton with Jordan and Guy Riedel executive producing.
Production commences in Philadelphia in March with a release date set for November 21, 2018, and MGM handling domestic with Warner Bros. repping the film internationally. Jordan will next appear in Coogler’s upcoming February release, Marvel’s Black Panther opposite Chadwick Boseman.