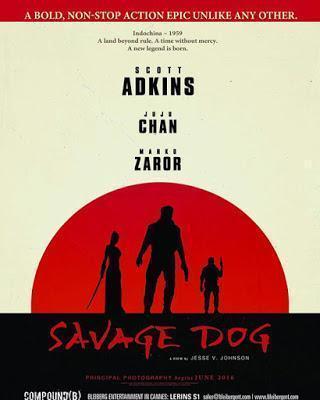 While all we know of director Jesse V. Johnson’s latest production, Savage Dog, is what were shown on the Cannes poster, the expectations are high with action stars, actors Scott Adkins and Marko Zaror, and actress JuJu Chan starring. That said, Zaror himself seems the go-to guy as of late via Instagram as much in touch as he is with his fanbase about his projects.

For this, we get a new photo of Zaror cheering his fellow co-star, actor Cung Le whose best known credits on film include Bodyguards And Assassins (2009), The Man With The Iron Fists (2012) and Puncture Wounds (2014). Le has since retired from his days as an MMA fighter for the UFC nearly a year-and-a-half ago which obviously leaves more time for him to grow his career in film with at least one title he’s been teasing for a few years now while in the development phase, Codename: The Dragon. 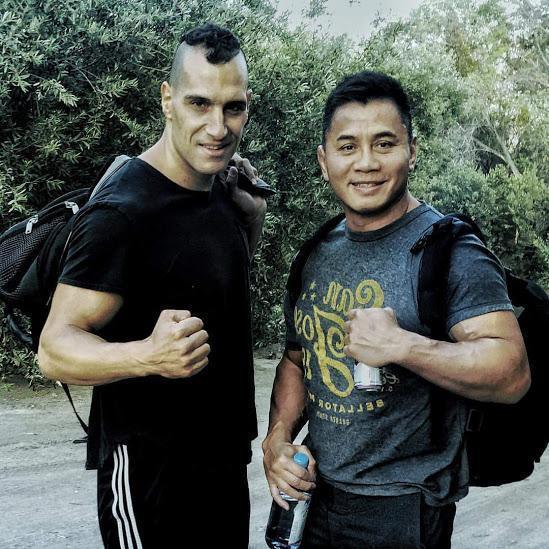 Plot and character specifics for Savage Dog remain pending as production continues with Bleiberg Entertainment behind the project. As for our director and actors on hand, Johnson’s The Beautiful Ones, Adkins’s Hard Target 2, Boyka: Undisputed and Doctor Strange, Zaror’s The Green Ghost, Sultan and forthcoming appearance in season 3 of El Rey Network’s From Dusk Til Dawn: The Series, and Alain Desrocher’s Security with Le and lead actor Antonio Banderas are all worth noting.