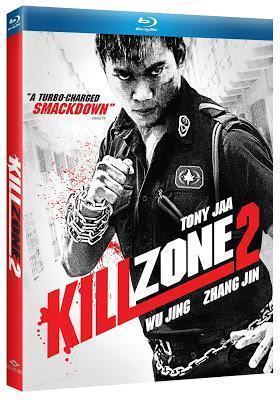 Well Go USA is proudly releasing director Soi Cheang’s Kill Zone 2 on DVD and Blu-Ray on July 19. That’s a bit far off from this write-up, but Well Go USA is humbly obliging three lucky Film Combat Syndicate readers with an early chance to score a free Blu-Ray copy by then, making this our SECOND giveaway attributed to the movie since our prize pack contest in May.

Simply e-mail us at filmcombatsyndicate@gmail.com with KILL ZONE 2 CONTEST in the subject header and tell us your favorite fight scene from any Wu Jing or Tony Jaa film. All entries are exclusive to U.S. residents only and must be turned in by July 15. Winners will be announced the following day. Good luck!

Synopsis: When an undercover cop gets too close to revealing the mastermind of a drug syndicate, his cover is blown. Double-crossed and under a false identity, he’s thrown into a Thai prison, where a guard discovers the inmate – claiming he’s a cop – is a bone marrow match for his dying daughter … and his warden may have an even deadlier operation hidden within the prison walls.

KILL ZONE 2 has a runtime of approximately 120 minutes and is not rated.