Dame Helen Mirren Wants In As A 'Fast And Furious' Villainess, And I Say Make It Happen! 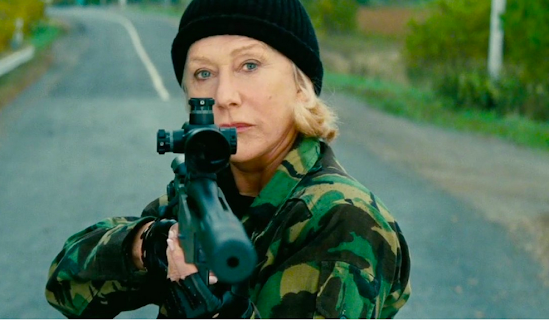 I’ve pretty much spent the past two years I’ve been blogging as Film Combat Syndicate, in part, musing about the Fast And Furious franchise. No, my fixation wasn’t immediate upon the first film in 2002 – it only became so in the months leading up to this article I wrote in 2013, and to say the least, I stand by my fandom.

That said, I love just how much diversity has gone into this cast and the immense scope this story has taken, from the streets of L.A. and Miami to Tokyo, Mexico, Rio and London, and a variety of talented actors and surprising new faces adding to the mix. Who would have thought that the likes of Dwayne “The Rock” Johnson, Djimon Hounsou, or even Gina Carano or Jason-frickin-Statham would find their way into the franchise. It’s unbelievable, but the potential here is quite obvious even as we embark on a seventh journey into Universal Pictures’s most beloved franchise built on speed.

With any luck, we will learn more about whether or not there will be another Fast And Furious film, and hopefully previous calls to cast the likes of Jason Statham’s Expendables 2 screenfighting half, action star Scott Adkins following previous fan-based efforts to help get him recognition. In the meantime, Yahoo! has forwarded a quote from Red and Red 2 co-star and The Queen star, actress Dame Helen Mirren who is making the case for her own role as a villainess in the franchise. And you know what? I’m for it!
“My great ambition is to be in a Fast and Furious movie.” she said. “I so want to be a mad driver in a Fast and Furious movie. My claim to fame is I always do my own driving — I was on Top Gear, and I did [my lap] in a very good time. I keep putting it out there, and they never ask me. I’ll be in Fast and Furious 8. I have to say Vin Diesel is brilliant. I love Vin Diesel. He’s a great guy, smart — I love him. It’s partly because of him I’d like to be in one, but also the driving. I’d also love to do another Red-type movie, because those are such fun to do.”
Considering the saga has already come off the heels of its London adventures and our heroes have already made an enemy of the Shaw family after taking out Deckard’s brother, Owen (Luke Evans) in number six, I would not mind seeing Mirren portray a similar-accented villain – possibly a Matriarch of the Shaw family who learns who Dom Torretto (Vin Diesel) is, and sets her sights on trying to kill them as well…but not before a searing race to the deadly finish first. Now that’s something I’m down for, but either way, I hope Universal sees something in her. She’s a damn good actress and would certainly add to the dramatic caliber and framework of the Fast And Furious formula for high octane action, suspense, poignance, thrills and continued themes centered on family.
I can’t forsee an end right now, and I hope Universal plans something epic with the next phase of F&F films. In the meantime, don’t forget to purchase your tickets this week for Furious 7!

QUESTION: What do you guys think? Would Dame Helen Mirren make a great villain for a this saga or not? Speak freely below or on our Facebook page!