Darren Bailey To Make His Directorial Debut In The Upcoming Shortfilm, SURGE 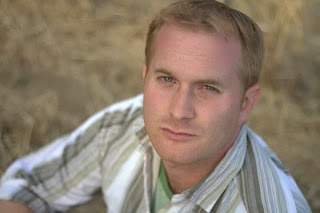 It seems Canadian independent action star Tyler Williams is making pretty good use of his time out in California this year with actor and up-and-coming filmmaker Darren Bailey (pictured left). On top of collaborating with actors Gui DaSilva and independent filmmaker Emmanuel Manzanares on Extraction, in addition to the long-awaited release of Right-Handed, Williams also spent his time with Bailey, who is currently directing and starring in their upcoming short film release, Surge.

The work is entirely original, and conceived out of Bailey’s partnership with VFX artist Marcus Silvera, who currently shares employ with Bailey at Stereo D, an award-winning visual effects movie lab in Burbank, California that was co-created by actor Giovanni Ribisi during the production of Avatar (2009). As it turns out, Silvera also happens to be a fan of Thousand Pounds Action Company, the illustrious indie action studio in Los Angeles Bailey co-founded with filmmaker Chris Cowan and actor/fight choreographer Vonzell Carter in 2010, and is responsible for some of the most memorable visionary projects brought to the internet, such as Naruto: Dreamers’ Fight, Street Fighter X Tekken and the electrifying conceptual action shorts for the currently-developing television series, Clandestine. And it was out of this admiration that Silvera initially approached Bailey with the intent of inviting some of Bailey‘s fellow stunt friends together for an action-oriented VFX test. However, Bailey decided to take it a step further.
One day and a few revisions later, Bailey was able to provide a brand new shortfilm script, much to Silvera‘s approval. And with Williams on board with performing actors Carter, Ed Kahana, James Hutchison and Dmitrious Bistrevsky, and VFX wizards Brian Bentley, Gerry Kodo, and Josiah van Arsdel, along with fellow independent film figure Leo Kei Angelos assissting in lighting and camerawork, Surge began a non-consecutive three-day production beginning in September. Day two wrapped a week and a half ago, with the third and final day filming this week. 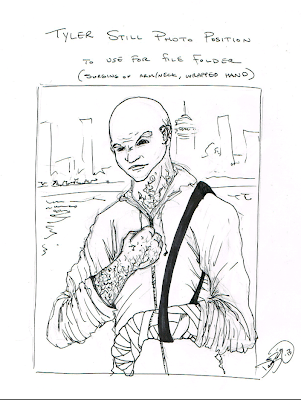 Marking Bailey‘s directorial debut, Surge tells a riveting story of fantasy, tragedy, greed and mystery about “The Hand” (Williams), a rogue fugitive with extraordinary powers to harness and manipulate an unstoppable, self-aware, symbiotic chi-like energy that circulates his body. Such power makes him a force to be reckoned with, despite the fact that his gift is also a curse, killing him with each passing day. He makes covert arrangements with an underworld kingpin (Carter) for a serum that can possibly end his suffering, but when the deal fizzles, secrets will be revealed from all sides and and a surprise conclusion awaits. (Conceptual artwork pictured right)

While Surge will not be a martial arts movie, the short film definitely aims to be a dramatic science fiction thriller with suspenseful storytelling and moments of action and graphic violence, adhering to tones similar to that of the Nicolas Winding Refn-directed 2011 film, Drive. The action sequences were coordinated by the cast themselves, including Bailey who spoke highly of his experience Williams on set. “Tyler is a great guy, and works very hard.” he says. “I enjoyed getting to bond with him on a more personal level, and especially working with him professionally for the first time. He took direction well, and fully committed as an actor, very late into the night.”


In terms of this particular upcoming shortfilm, it dawned on me how incredibly far independent action has come over the past decade or so, with the addition of comprehensive visual effects work being experimented with, particularly by filmmakers like Bailey, a graduate of Miami University who took playwriting and directing classes in addition to the acting classes while earning his Theatre degree at Miami University. Bailey reflected on some of his own wisdom when I present this particular topic to him. “There is no division between what can be achieved at home and what can be done on a big screen, apart from the amount of people needed to do something, and possibly budget.” he writes. “There are so many great over-the-counter VFX programs to teach yourself on, tutorial sites, artist forums, and talented people who know that on an indie level, they have the opportunity to be featured in ways they might not on a large-scale production. Online indie action has had an exponential increase in the last decade, and it has become a way to get work noticed by the right people. Some of the most successful YouTubers are those who blend VFX, stunt work, and other action in their films, and many have been able to sustain a comfortable living because of it.”

Bailey is currently developing a mystery suspense thriller with filmmaker A.J. Rickert-Epstein, who did directorial work on the Chill.com action miniseries, Vigilante Diaries, as well as the Luke Goss action vehicle, Dead Drop. Bailey and Rickert-Epstein will begin filming their project in Ohio this January, in collaboration with Miami University film students and some Hollywood professionals. In the meantime, Surge will enter its final stages of post production with a hopeful release this December.
For further updates on Surge, follow Tyler Williams and Darren Bailey on Twitter. And also, be sure to subscribe to Thousand Pounds Action Company on Facebook for some exciting news ahead.
Photos: Darren Bailey, Stubbs And Romero

Tony Jaa And Stunt Coordinator Joel Kramer On The Set Of FAST AND FURIOUS 7 Check Out The New International Trailer For JACK RYAN: SHADOW RECRUIT