Sky Cinema already has the UK and Ireland for Scott Mann’s new action adventure, Final Score. Accordingly, Saban Films is officially declaring a win with a VOD/Digital HD and select theatrical release for September 14, and a U.S. trailer to boot!

After deadly terrorists abduct his niece at a soccer match, an ex-soldier with lethal fighting skills (Dave Bautista) wages a one-man war to save her and prevent mass destruction. 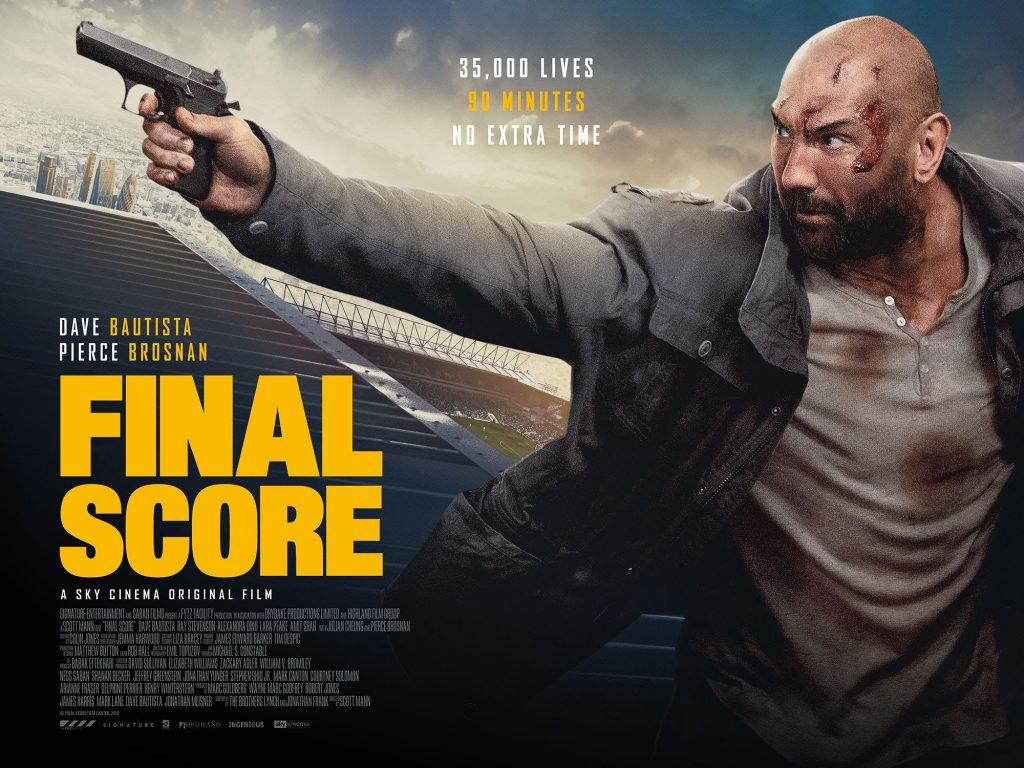