A tragic mistake offsets a foreboding tale for Jack (Jagodka), an underworld assassin who now finds himself on the run from his employer, Eastwood (Kevin Mangar). With government handler Hawkins (Vanessa Coffey) targeting Eastwood for selling government secrets, Jack is taken under her wing and assigned the final task of killing his former boss.

The mission is provenly not an easy one for Jack who is forced to fend off Eastwood’s cadre of mercenaries on London’s bustling streets. He’s not without friends of his own to aid him in his cause, but further mystery and intrigue loom with an air of betrayal in the midst, and for Jack, a man drawn stoic with fear for the potential cost of his grave mistake, every passing minute away from his daughter, Amber (Connie Jenkins-Greig), will leave her life hanging longer in the balance.

A fairly low-budgeted endeavor, Newton’s feature debut crafts an amply-paced race-against-time action thriller with many trimmings to boot. Jagodka’s debut acting performance teeters on a bit wooden at times but doesn’t distract at all from the film’s promise and punch between drama and action scenery.

We also convene once more with Beau Fowler who adds to the mix with the role of Carter who quarterbacks Jack throughout his harrowing mission. Fowler gets his accent game going strong as well for this, his latest screen credit shared in scenes seperate from his fellow Express Delivery short co-star, actor Sonny Louis who plays one of Hawkins’ agents protecting Amber and her sitter, Camila (Elena Larios).

The film travels the road of Jack’s own quiet inner-turmoil – made clear by his constant priority contact with Amber when he’s away. Both remain affected from a tragic loss of their own which has since rendered Amber unable to speak; it’s made their bond even stronger now to the point where they share a unique means of communication.

Their connectivity never lets up throughout the film which plays terrifically into the first half when the biggest plot twist of the film unfolds. Coupled with competently-shot fight scenes and a kinetic story that almost never lets up, The Take Down reveals its packaging in ample, entertaining and thrilling fashion right down to the explosive end – one with a major sign-off that almost makes you wish the production kept its original title.

The Take Down is now available on Amazon Prime and wherever movies are sold. 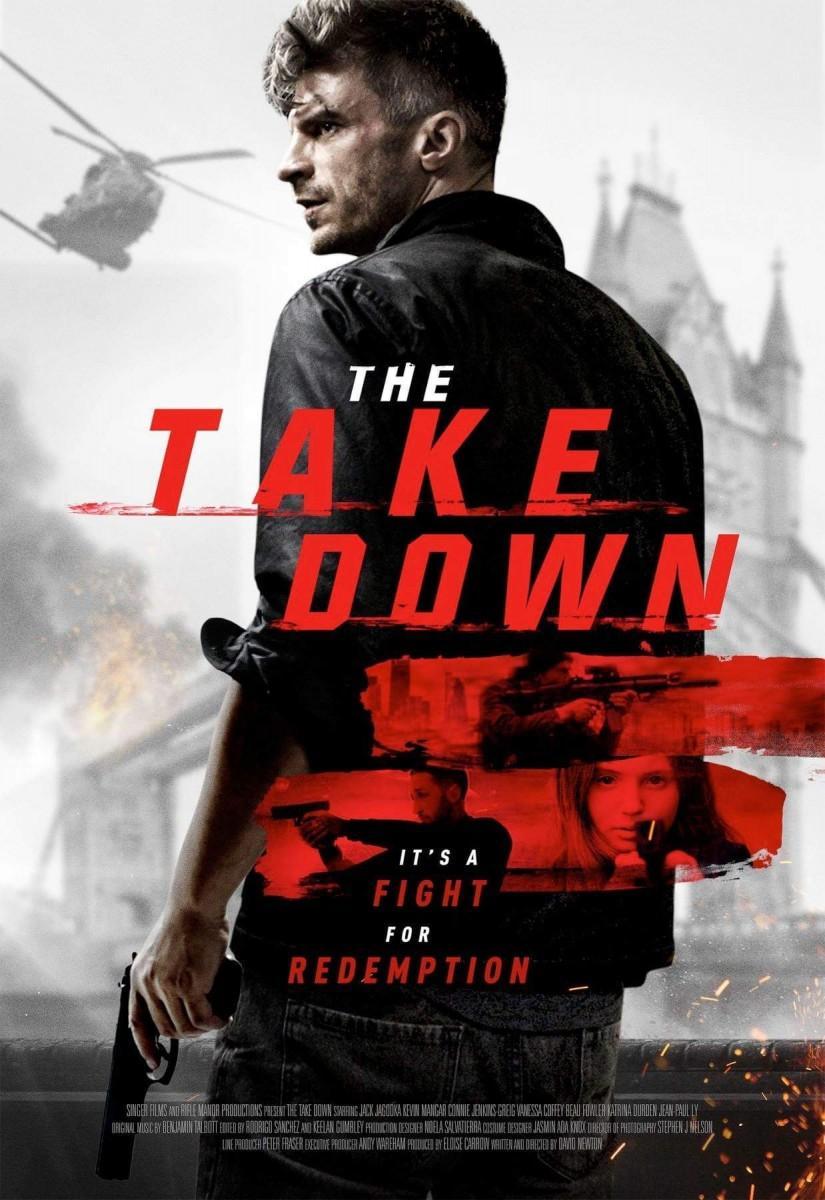 GANGS OF LONDON Bring The Fight Home In Both Seasons On UK DVD, Blu-Ray And Download-To-Own In December!