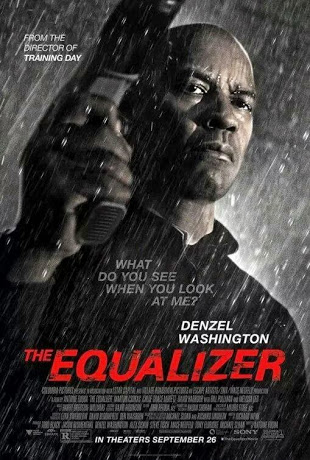 Director Antoine Fuqua‘s newest action thriller venture with actor Denzel Washington, The Equalizer, has already sprung the prospects of a sequel, as well as reports confirming his return to the set with his lead star for a remake of The Magnificent Seven. Needless to say, the duo long known for captivating audiences with the 2001 crime drama, Training Day make an awesome pairing, and moviegoers in North America will get to see more of this when The Equalizer releases on September 26 in 2D and IMAX from Sony Pictures; As for whether or not Washington will get to be the next Bond, well, your guess is as good as mine.
In the meantime, we now have a brand new extended international clip which you can watch below. Washington stars with Chloe Grace Moretz, Martin Csokas and many more.