As of August 2, 2014, actor, writer, producer and director Guy Bleyaert began shooting his newest feature film, Transit 17, his second directorial offering from his U.S./Belgium-based production banner, Macromedia Filmworks. A Facebook page is up and running for the movie where fans are able to catch some of the film’s current artwork and production updates from the film’s set in Belgium and Holland.

View the production poster below: 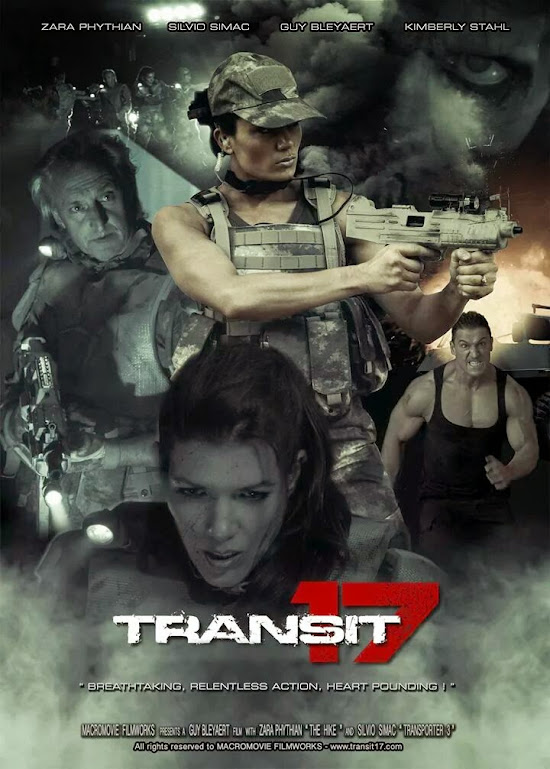 The film’s cast so far stars two of the U.K.’s finest, lead actor Silvio Simac (Transporter 3, Undisputed 2: Last Man Standing) and lead actress Zara Phythian (Underground, Warrioress). Rounding off the cast are a mix of performers, several whom have worked with Bleyaert before, including Lost TV series co-star Kimberly Stall, as well as Stilian Keli, Brain Slaine, Martin van Maris, Themo Melekidze, Patrick Micheli, Gunther Vanhuysse and Daniel Paba. Filming is currently in its early stages as Simac and Phythian are now overseas working on other movies, with Simac in the U.K. to promote his latest Indiegogo venture with actor and director A.J. Singh for the Hong Kong action-inspired feature, Falling Ash, and Phythian now in Los Angeles working on filmmaker Denver Mendiola’s directorial debut, The Pike; both are expected to return to the set starting this November.
As it stands, the only thing the production is saying about the film is that it will deliver an entertaining blend of action, sci-fi and suspense. Beyond that, mum is the word on any other specific plot details of the film, which is expected to wrap in time for a date to be announced next year.
Stay tuned for more info!