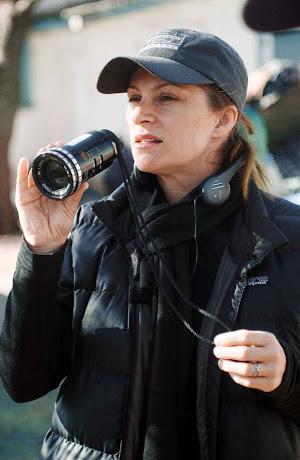 After garnering praise for her most recent work on The Zookeeper’s Wife starring Jessica Chastain, McFarlane, USA helmer Niki Caro is reportedly being eyed to direct Disney’s own upcoming live-action Mulan film. The film is one of two titles related to the Disney IP with the other being housed at Sony with Alex Graves directing for a late 2018 release.

The report from THR notes that Caro’s hiring beats out directors Michelle McLaren and Wonder Woman helmer Patty Jenkins among those shortlisted, including hit filmmaker, actor Jiang Wen of Rogue One: A Star Wars Story fame. Produced by Chris Bender, Jason Reed and Jake Weine, the latest script from Jurassic World scribes Rick Jaffa and Amanda Silver will focus its own take with an all-Asian cast on how a young maiden takes the place of her ailing father and ultimately becomes one of China’s most legendary heroines.
Caro’s sophmore directing gig, the 2002 book adaptation, Whale Rider, earned a raft of nominations and wins from numerous film fests, including Best Director. She will also be joined by Hong Kong film producer Bill Kong (Hero, House of Flying Daggers, Crouching Tiger, Hidden Dragon, Journey To The West: Conquering The Demons, Rise Of The Legend).
Casting details remain pending.