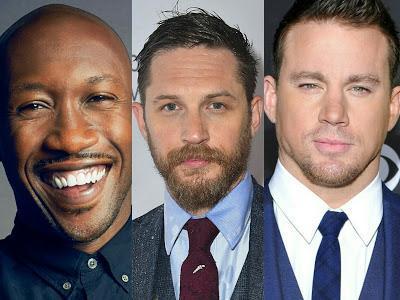 Actor Tom Hardy has some good news happening on the film front in various reports, one such including Deadline‘s latest piece on upcoming action thriller, Triple Frontier. SAG Award-winning actor Mahershala Ali (Luke Cage, Moonlight) will be joining Hardy for Paramount Pictures, as will actor Channing Tatum once confirmed.

A Most Violent Year helmer J.C. Chandor is set to direct the film. Plot details are nil but the word is the film will focus on unstable criminal activities along junctioning rivers at the border between Paraguay, Argentina, and Brazil. Producing are Charles Roven and Alex Gartner of Atlas Entertainment along with the film’s screenwriter, Mark Boal.
Ali also stars in Robert Rodriguez’s current production of Alita: Battle Angel and director Michael Larnell’s Roxanne Roxanne which premiered at Sundance in January.