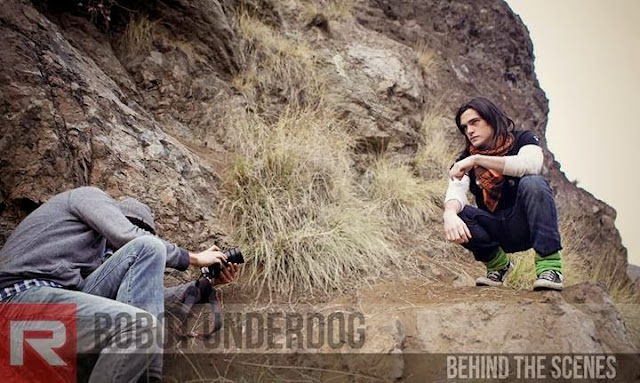 On Monday, husband and wife, and independent filmmaking and production duo Donnie and Rita McMillin unveiled a brand new crowdfunding campaign for an ambitious new live-action webseries take on a familiar Shonen Jump manga classic with Dragon Ball Z: The Light Of Hope. The project headlines the latest efforts from their content creation platform, Robot Underdog, which began roughly a year and a half ago, now succeeded by a new and growing website, and a Facebook page with well over 11,000 loyal followers. “In it’s core, Robot Underdog is simply the idea that when normal people come together we can make awesome things.”, says Underdog, in a recent discussion with both Donnie who directs, and Rita who serves as producer for all RUD projects. “We had a lot of learning & growing to do at the beginning stages – but the website launched officially about six months ago and from there spawned the Facebook, Twitter & instagram movements.”.

Dragon Ball Z: The Light Of Hope also marks the latest live-action vision of many to arrive over the years, one being as recently as the 2009 film that did not particularly bode well with a lot of fans of the original material. The project itself also faced its share of scrutiny following irreconcilable differences with a former friend and longtime collaborator who brought up the idea long prior to leaving the group, as Underdog tells Film Combat Syndicate the following: “After doing a couple of concept photo shoots and initiating the project, it became clear that we just weren’t going to see eye-to-eye on DBZ with our old friend. He ended up abandoning the project after the photo shoots and tried his best to kill it completely. At this point, we had assembled an incredibly talented team and had also garnered a very supporting fan base. We made the decision to continue the project for our team and for the fans. We knew we’d have a lot of rebuilding to do – but there was no way we could tell the fans and our team the project was off. So I guess in short – while the idea to do a DBZ project initiated from one source – the inspiration to keep going definitely came from the fans & from our core RUD team.”. 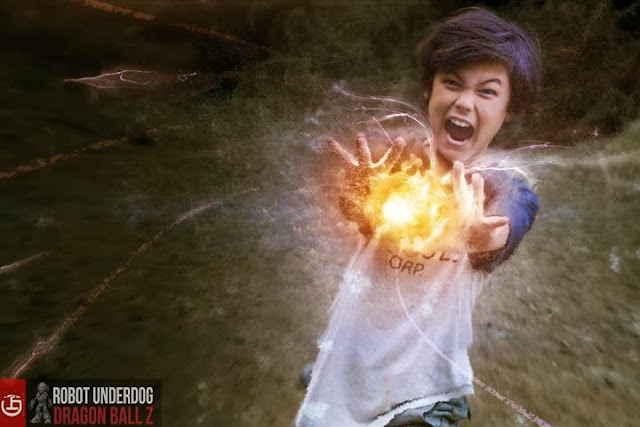 For the story, the McMillins detailed choosing the futuristic timeline to explore “The History Of Trunks”, headlined by a younger rendition of the titular half human Saiyan son of Bulma and Vegeta, played by actor Jack Wald, who Underdog also spoke highly of while reflecting on his previous cast read for the part. “One of most memorable parts was during Jack’s callback – He reached in his jacket and threw what appeared to be a normal tiny yarn ball at us. Little did we know that it was in fact a ‘ball of Ki’ he’d made out of yarn at school that day. We were all dying laughing in the casting studio.”.

With more to be cast along the way, the inspired new series also stars Anton Bex as Future Gohan, opposite actor Tyler Tackett and rising martial arts action star and Lady Bloodfight lead actress Amy Johnston, who play villainous superpowered characters Android 17 and Android 18, respectively, which Underdog also recalled of the latter two actors’ cast reading as “something special”. They also added the following, expressing much of their appreciation for sci-fi behind choosing these particular characters for their approach to the Dragon Ball canon. “…We really dig the idea of ‘Androids, Cyborgs & Terminators’.” says Underdog. “We’re huge Terminator fans and I would say that was a large draw towards the “Future Timeline’. Plus, The Future Timeline is also the darkest & most gritty timeline in all of Dragon Ball Z, which easily makes it our favorite.”.
Following today’s trailer unveiling further signifies the beginning stages of many turns for the McMillins and their Robot Underdog creative team, with plenty of opportunities sure to come their way. For now, especially in risking it all to help please fans with a newer interpretation of the Dragon Ball storyline and the great potential it carries, the first step meant getting their vision right for the fans. “It seems like most other live-action projects attempt to bring the Anime to life. And we’ve been very transparent with the fans that ‘re-creating the Anime’ is not our goal.” Underdog tells us. “Our adaptation will be darker, more realistic & more cinematic than any other DBZ they’ve seen before. I think our writer Derek Padula put it best in a recent interview when he said ‘It’s not about recreating the anime, it’s about telling a universal story in the Dragon Ball setting with the Dragon Ball characters in a Dragon Ball way.'”.
You can now view some of that universal testament to one of Japan’s best-selling properties now in the following trailer embedded below where you may also subscribe to Robot Underdog via YouTube. And, if you wish to see more of what Robot Underdog can deliver to you from the world of Dragon Ball, visit their official Indiegogo campaign page for donation and gift info, with more to discover at their official website.

Meet Themistocles In A New Featurette For 300: RISE OF AN EMPIRE Reel Time: ANESTI VEGA (2014)