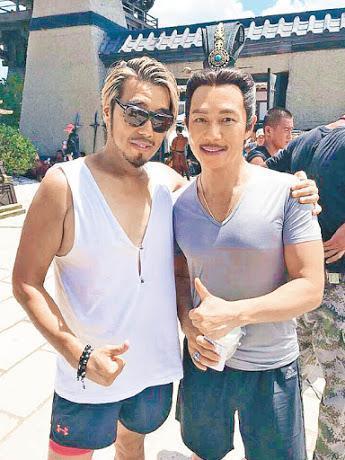 Remember the news of that Dynasty Warriors adaptation announced last Spring? Well, that film is now underway as of July with Roy Chow sitting in the director’s chair and a cast that insofar has Louis Koo, Wang Kai, Ray Lui, Han Geng, Tony Yang, actresses Gul Nazar and Carina Lau, and actor Eddie Cheung (pictured).
Plot details remain pending for the film which reunites Chow with Rise Of The Legend scribe Christine To. The movie is inspired by Omega Force’s KOEI Temco game franchise, “Dynasty Warriors/Shin Sangokumusou”, which has spawned well over 60 games – all preset by its origins rooted in PC game lore of the 1980’s with the seperate turn-based war strategy game series, “Romance Of The Three Kingdoms” – adapted from Luo Guanzhong’s 14th century novel set near the turbulent end of the Han Dynasty and Three Kingdoms period.
The Dynasty Warriors franchise launched its first title as a fighting game installment for Playstation in 1997, while the rest of the games, including spin-offs like Samurai Warriors, Fist of the North Star: Ken’s Rage, One Piece: Pirate Warriors, Hyrule Warriors and one of the more recent titles, manga-based titles, Arslan: The Warriors of Legend.
Photos are currently floating around online and you can spot plenty of them on Twitter courtesy of Asian Film Strike. A 2018 release may be on deck for the new adaptation.