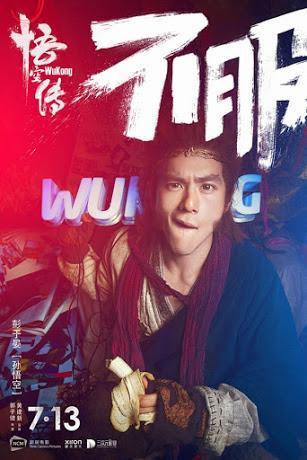 Actor Eddie Peng’s latest wartime drama, Our Time Will Come, is currently readying for its day at the Shanghai International Film Festival. The event kicks off on June 18 ahead of its July 1 release, preceding as one of two Peng-starrers for the month with the other boding an impressive display of folkloric live-action spectacle.

The film, Wukong, opens on July 13 with Peng in the title role and inspired by pen-named author Jin Zehai’s 2000 novel. Also starring are actor Shawn Yue and actresses Ni Ni and Zheng Shuang with Oho Ou, Qiao Shan, Faye Yu and Di Yang with a story that sets our titular warrior and other combatants in the Heaven school with our named King now staking his claim in full royal garb in the official trailer below.

Not for nothing either, as far as ambition goes. We’re already finishing a seperate trilogy but if you were to ask me, I would say director Derek Kwok is giving Soi Cheang a run for his money.