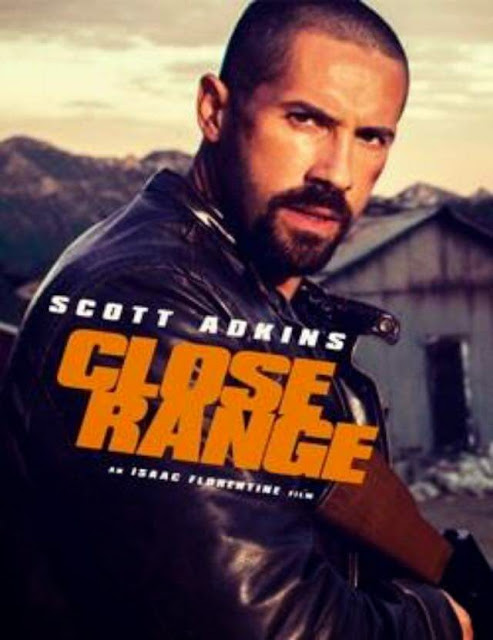 Be ready for what comes later this year when cult action directorial favorite Isaac Florentine releases his latest new action thriller, Close Range. Production wrapped last week reuniting our dear director with elite Brit kicker and cinematic action hero, actor Scott Adkins who plays Colton McReady, a former soldier-turned-vigilante forced to defend his sister and niece in their own home against a ruthless drug cartel and a swarm of police under the command of their courrpt sheriff.

Such a plot line bodes perfectly well for the Adkins/Florentine duo whose work dates back close to twelve years of making solid and memorable action movies together, now with co-star and martial artist, actor Jeremy Marinas taking the reigns as the action director. It’s an exciting feat to welcome this year, and even more so as it gained ground over at this year’s European Film Market in Berlin where the film, represented by international sales agents, Blue Box International, has just closed a raft of distribution deals worldwide, including XLrator Media in North America and VVS in Canada.
The news should excite plenty of fans ahead of the new year as Close Range aims for another return to hard-hitting, pulse pounding action for the lead star as word awaits on a potential return to the fray as Russian kickboxer, Yuri Boyka in a hopeful forth installment of the Undisputed franchise among others. In the meantime, Adkins has a batch of other films on the way this year as well, so keep a look out for more information as it comes.
Close Range is a production of Bleiberg Entertainment’s own Company B with Ehud Bleiberg and Richard Donnermeyer producing from a script by co-producers Chad Law and Shane Dax Taylor. Actress Caitlin Keats and actors Nick Chinlund, Madison Lawlor, Jake La Botz and Tony Perez round out the cast.
H/T: Screendaily

THE LEGEND OF ZELDA Is In Live-Action Development For Netflix THE HIT LIST – February 9, 2015