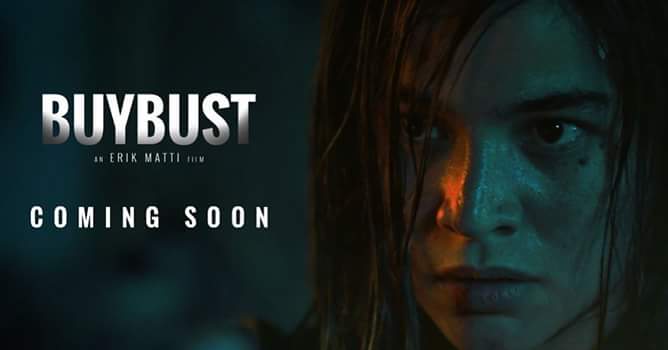 The past year or so have proven hopeful and lively with Erik Matti’s latest, BuyBust. Recent weeks have finally begun revealing footage to show fans just a teeny bit of what they’re in for – this, along with a proof-of-concept filmed prior to the actual production to showcase lead actress Anne Curtis in film fighting form after months of heavy-handed pekiti-tirsia kali training.

Now readying an official local release stamped for February 28 after wrapping, VIVA Films and Reality Entertainment are stepping up their campaign with a fresh new trailer this week introducing the dark and murky slums our anti-drug enforcement unit members are forced to fight their way out of after a raid gone awry. Curtis is joined by Filipino-American championship MMA fighter Brandon Vera as seen in newly released footage that goes straight for the jugular.
Also starring are Victor Neri, Nonie Buencamino, and Joross Gamboa among the cast listed at the end. Check the trailer below!