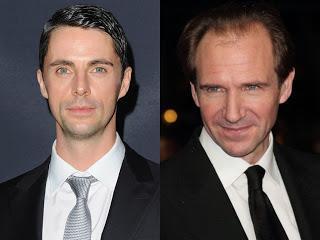 Two-time Oscar-nominated actress Keira Knightley and Matt Smith are set to star in Official Secrets, the latest thriller from Academy Award winning filmmaker Gavin Hood (Eye in the Sky, Tsotsi). The new movie, which rolls cameras in Yorkshire, England on March 12, hails from Entertainment One (eOne)/Mark Gordon with eOne overseeing production as well as financing the project with Screen Yorkshire and Melissa Shiyu Zuo through her company GS Media.

Ralph Fiennes (The Grand Budapest Hotel, Kubo And The Two Strings) and Matthew Goode (Watchmen, Allied) are joining the cast in the respective roles of Ben Emmerson and Peter Beaumont. Ged Doherty reunites with Hood in serving as producer with Elizabeth Fowler (Devil’s Knot) and Melissa Shiyu Zuo. Claudia Bluemhuber, Anne Sheehan, Hugo Heppell are executive producers.
eOne will directly distribute the feature film in Canada, UK, Australia/New Zealand, Germany, Benelux and Spain. Sierra/Affinity will represent all other international territories outside of the US.
Fiennes and Goode are both represented by Simon Beresford at Dalzell and Beresford, and CAA.