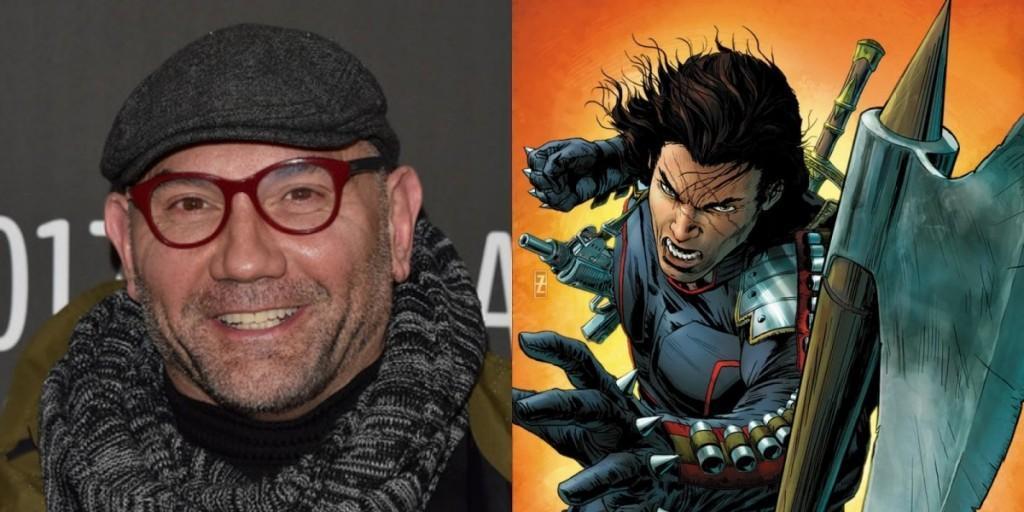 As of Tuesday’s reveal, if all goes well, it appears that actor Ryan Reynolds will be one of at least three actors to date with at least two acting credits inspired by dueling comic book brands. Leave that suspense to Marvel’s Guardians Of The Galaxy actor Dave Bautista who, in an update just shy of being too awesome, is up to potentially star in Valiant Comics property, Eternal Warrior.

The co-star of the upcoming sci-fi sequel, Blade Runner 2046, as well as Ip Man spin-off, Cheung Tin-Chi and RLJ’s Bushwick, responded to a fan on Twitter pertaining to an earlier tweet, saying in part, “We are currently working to get the script fan-worthy, and then we’ll be full on from there.” THR reports that Valiant themselves haven’t commented on the development of an Eternal Warrior while sources within have otherwise confirmed the film’s relevance to Terry Rossio’s upcoming Archer & Armstrong movie with director Ruben Fleischer announced back in March.

In Valiant’s comic book mythology, the Eternal Warrior — aka Gilad Anni-Padda — is the brother of the “Armstrong” from the latter project; a third brother, Ivar Anni-Padda, features in the comic book series Timewalker.

The concept behind Eternal Warrior is a simple one: Resurrected using a mysterious artifact after a battlefield death millennia ago, Gilad has become functionally immortal with two unexpected side effects. Firstly, he can be killed — it’s just that he will come back to life afterwards, no matter how painful a process that might be. Secondly, across the centuries, he falls into the service of the Earth itself, defending the Geomancer, a being chosen by the planet to act as its champion in times of need. Needless to say, neither being the Geomancer nor their defender is an entirely easy — or un-dangerous — proposition.

The character is also subject to one of several among the line-up for Aaron and Sean Schoenke’s upcoming seperate series, Ninjak vs. the Valiant Universe with actor John Morrison cast.

The news on the proposed film comes as updates are surfacing for the forthcoming productions of Harbinger and Bloodshot among others. Arrival scribe Eric Heisserer is providing the script for both while the latter has Dave Wilson attached to direct and a potential lead in Bautista’s fellow Blade Runner 2046 co-star, actor Jared Leto.