EXCLUSIVE: Alexander Nevsky Gets The Last Word In The New International Trailer For SHOWDOWN IN MANILA 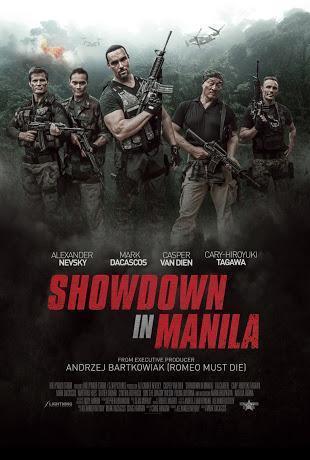 It’s Cannes time this week and Russian action star, actor and producer Alexander Nevsky is continuing the campaign for his newest ensemble actioner, Showdown In Manila with the international sales representatives at Lightining Entertainment hitting the trail.

The film, marking the directorial debut of action star Mark Dacascos, has since become a hit following its theatrical CIS release in Russia in February and subseqent home and digital releases. Now with the film pressing onward through the markets this year, Film Combat Syndicate has the distinct honor of presenting the exclusive and explosive new trailer which you can view below.

Private detectives Nick (Alexander Nevsky) and Charlie (Casper Van Dien) live and work in Manila. A murder investigation leads them to the jungle camp of an international terrorist called The Wrath. Not trusting the police, Nick and Charlie assembly a team of daredevils to walk straight into the Wrath’s lair and fight an army of his goons.