EXCLUSIVE: Poirier’s RELAPSE Invites A Tale Of Tactical Action And Vengeance In Its Own Potential Movieverse 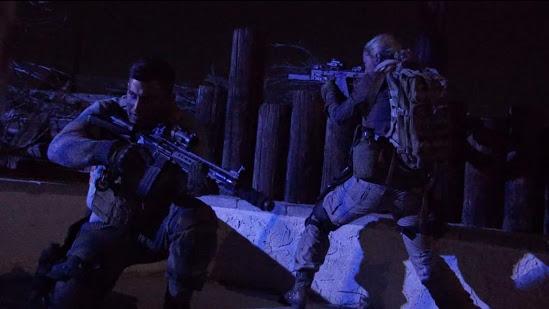 It was back in 2013 that I first caught wind of filmmaker James Poirier’s second shortfilm, The End Of December, from Tenth Gate Productions in association with ZoomTilt. I bring this up with actor and title star Nick Apostolides in mind, who led the short in a fantastic tale of two embattled covert ops soliders who set out to save a young boy’s life, and it was a terrific piece of work you can still catch online.

Fast forward three years later and Poirier is now back in the fold with the new shortfilm, Relapse, now starring Gabriel Caste and Dre Swain, and keeping in line with the same black ops story arc with Apostolides returning, and with a new twist. The opening sequence is a wonderfully done high-speed chase at night as December tries to speed away from a horde of armed men on motorcycles.

Automatically, you’re immersed in the action which signals you that this is going to be nothing short of explosive with Caste and Swain leading the rest of the way in the respective roles of Dust and Haymaker. Dust lives alone and suffers from PTSD, while the re-emergence of former comrade, Haymaker, adds the work of coming to terms with their broken past in the course of rescuing December, now held hostage at a private facility full of armed men led by The Fox played by James Logan.

I don’t know about Poirier, or even Caste or Swain who also serve as producers on the project, but I am keen on coining this myself as ‘The December Saga’ as fond as I am of the universe seemingly being established here. It’s not necessarily in succession from Poirier’s 2013 short, but it isn’t afraid to play around a little more and see what new elements it can bring to this millieu full of intrigue, bullets and drama, and I’m having fun observing it.
Caste and Swain do an excellent job portraying the roles of Dust and Haymaker; Even as I had only come to know Caste as a stuntman in the course of my time as a writer scavenging YouTube for stunt reels, Caste is further living proof that there are stuntmen who can perform required action sequences and still adequately perform as actors. The same goes for Swain who I first caught late last year in Nico Raineau’s underground fight drama, Brix And The Bitch, and continues to showcase her knack for acting and adapting to tactical fight choreography – Her best scene comes in the third act as she’s bound and grounded before leg locking one henchman and freeing herself before nabbing a rifle and taking out a room full of armed men. That sort of fantasy is something I imagine you don’t fuck with in the real world, but it plays out brilliantly on screen, and lends further faith in an actress who clearly has what it takes as an action heroine who can look AND act the part.
Much of the cinematography doesn’t play by the same rules that, say (for example) the likes of Paul Greengrass eludes to when it comes to shooting action. Much of it is steadily filmed with wide angles and the stuntwork and much of the lighting in general is a plus. The final fight sequence shakes it up a bit but still delivers a rewarding finale with Logan doing a terrific job as our menacing, soft-spoken antagonist.
Much of the overall tone of the shortfilm apart from the bullets and explosions, gives us a quiet, contemplative enviroment which allows us to observe the actors first hand without a lot of filler. The often deafening silence between Dust and Haymaker during their mission says all you need to know about their tense history which lends further to the motivation we need in caring about these characters as they put themselves in peril. Not a whole lot else is implied or iterated here in terms of detail – we just know that our central figure of this informally-named shortfilm saga desperately needs rescuing from a huge asshole who clearly deserves checking.
The best part about this whole gig is that you eventually get the sense that these protagonists are all cut from the same cloth. It feels unifying and almost world-building in a way with much to be determined, and as much as there is to appreciate in something as original, rich and fresh as this. For what it’s worth, I hope my instincts serve me right, in which case, I look forward to more “December” tales to come.
Click here to learn more about the upcoming premiere of Relapse at the Action On Film Festival this weekend. In the meantime, Film Combat Syndicate proudly welcomes the shortfilm’s exclusive first trailer which you can now view below! 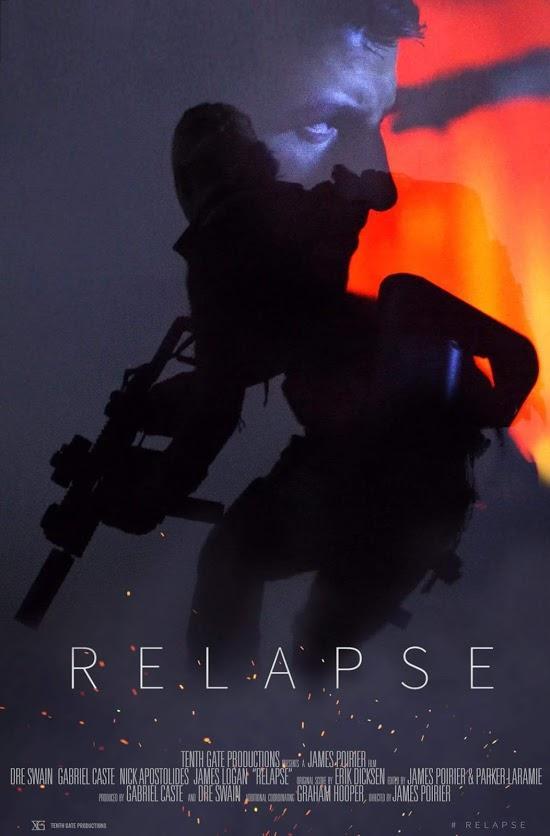