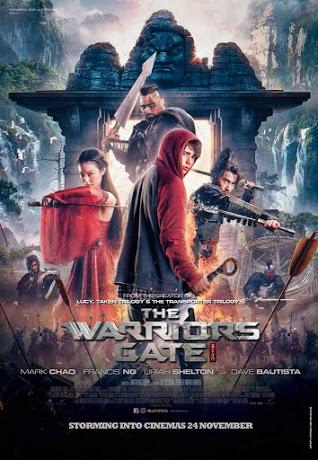 Director Mathias Hoene’s latest, The Warrior’s Gate, has taken a while to land its releases but dates are finally set for November for multiple Asian territories, including China, Malaysia and Thailand. Further news remains pending but more trailers have been circling the web within the past month featuring Uriah Shelton in a story that sees him spirited away to a fantasy video game realm to rescue a princess and battle an evil warlord.

From the creator of Lucy, Taken Trilogy and Transporter Trilogy. Jack is magically transported into a land of monsters, creatures, magic and evil knights. He must use his video game martial art skills to save the whole kingdom.

Actress Ni Ni also stars along with Mark Chao, James Hong, Dave Bautista and the Black Knight himself played by venerable martial artist and action actor Ron Smoorenburg. Check out the footage below and keep an eye out for more news.