The Tournament and Heist helmer Scott Mann’s latest follow-up, Final Score, has been a long-awaited one. Nowadays with a teaser in its wake, an official trailer arrived this week with plans for a theatrical and on-demand release in Ireland and the UK from Sky Cinema starting September 7.

It’s “Die Hard in a soccer stadium” when ex-soldier Michael Knox (Dave Bautista) has to use all his military skills to save the 35,000 capacity crowd at a top flight football match when they’re held hostage by armed kidnappers demanding a ransom.

Bautista, of Marvel’s MCU, fame is joined by Pierce Brosnan, Ray Stevenson, Amit Shah, Lara Peake and Ralph Brown. There are currently no release plans elsewhere but we’ll be sure to help provide those updates in due time. 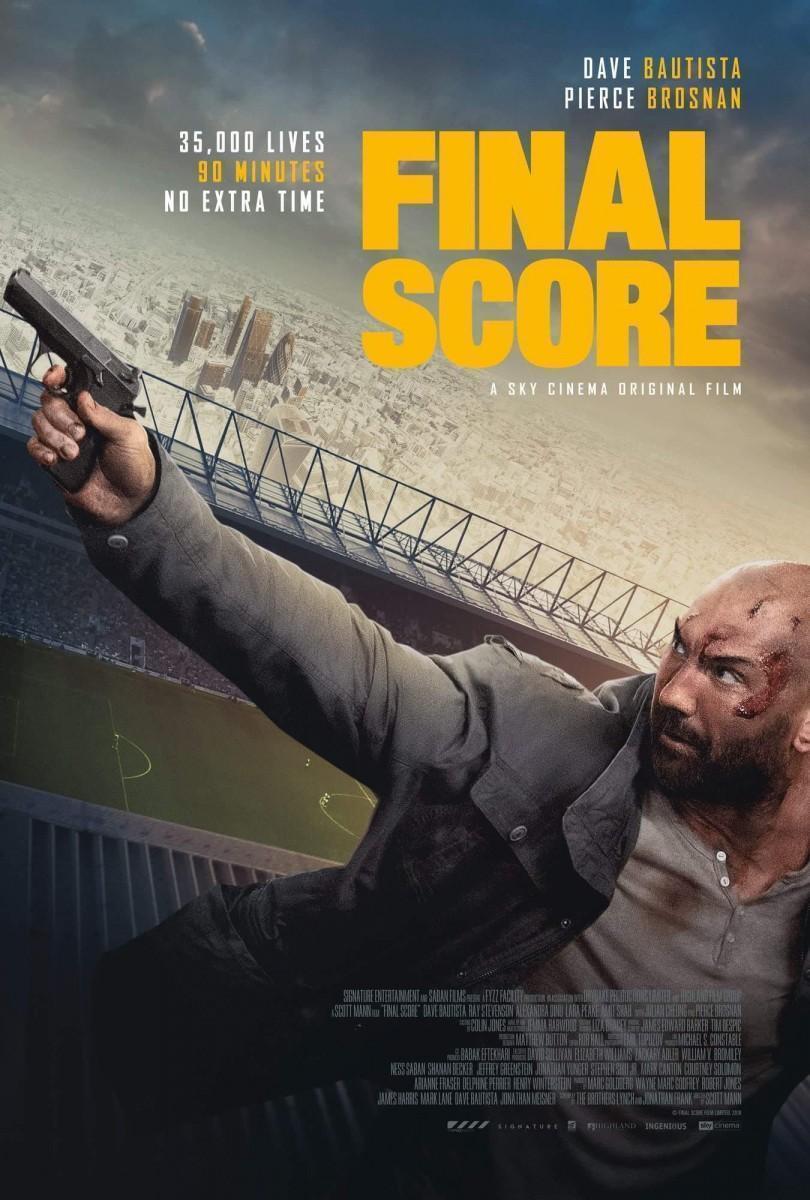 OUTLAWED: Adam Collins Soldiers On In The Official U.S. Trailer (updated) REMAKE/RECAST: Who Should Play ‘Kano’ In A MORTAL KOMBAT Film?