FIVE-A-DAY ROUND UP V: 2.0, The Hidden Sword, Soldado, Detective Dee 3, Ant-Man And The Wasp 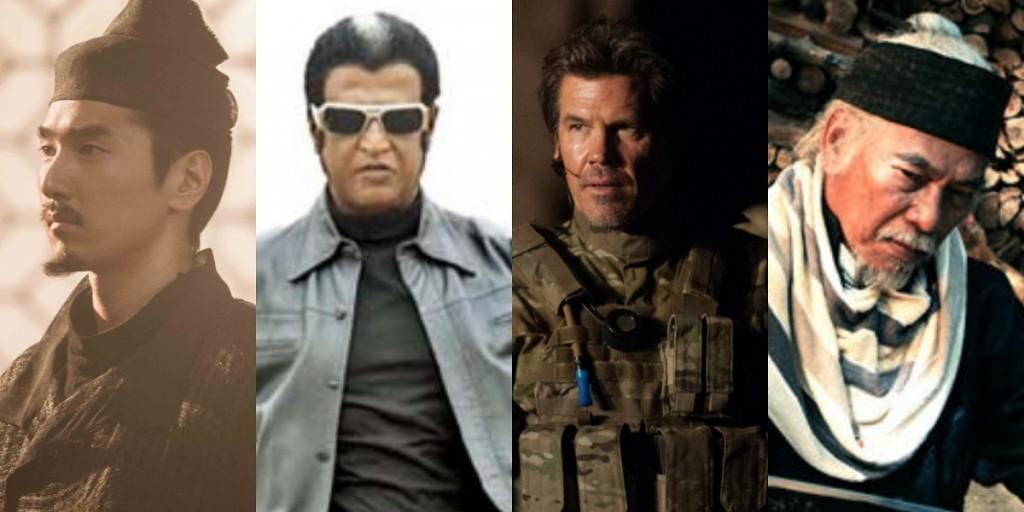 2010 saw the critical and commercial success of S. Shankar’s multi-award winning blockbuster sci-fi thriller, Robot, now readying an Amazon release next year. That milestone achievement continues next year with 2.0 from Shankar returning to the helm for actor Rajinikanth reprising the role of embattled A.I. robot, Chitti, and his creator Dr. Vaseegaran. Robot is currently available on Netflix for anyone who wants to catch up. For now, here’s a behind the scenes look on the sequel:


With director Stefano Sollima taking on the daunting task of following up Denis Villeneuve’s Sicario, Soldado aims to open up even more on the world the first film immerses you in. Josh Brolin returns along with Benecio Del Toro in the respective roles of DoJ task force handler Matt Graver and underworld hitman Alejandro staving off terrorists crossing the border while squaring away with old foes. Colombia Pictures is setting a June 29 release.

Filmmaking multihyphenate Xu Haofeng has never let me down with his films. I’m proudly seeing his 2018 martial arts drama, The Hidden Sword, featuring the legendary Chen Kuan Tai as a blacksmith whose private life becomes subject to the publicity of his martial arts techniques centered around a sword he forged which turned the tide against Japan at one point. The film is based on Xu’s own novella, among which many have been a staple for great, concentrated, cerebral martial arts filmmaking with the added dose of fun throughout. Check out the intial teaser from this year and stay tuned for a new trailer.

Mark Chao, Kenny Lin, William Feng and Carina Lau headline the latest installment on the semi-folkloric saga of Detective Dee from director Tsui Hark. Detective Dee And The Four Heavenly Kings sees our hero sleuth now battling a supernatual crime wave arisen during the Tang Dynasty while fending off accusations of wrongdoing from Empress Wu. The film opens in China on July 27!

Folks keen on following the adventures of the Incredible Shrinking Paul Rudd can expect to catch the actor back on screen with actress Evangeline Lilly in Ant-Man And The Wasp. With filming wrapped as of November, July 6 is the date for the new film for anyone keen on more Marvel fandom after Avengers: Infinity War wreaks havoc on the masses in May.

Check back on Monday for another five!