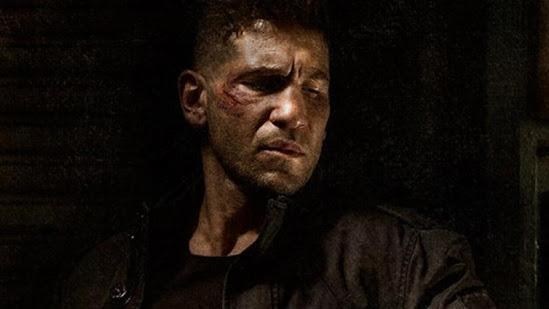 Director Neill Blomkamp’s BMW Films release, The Escape, arrived over the weekend in case you missed it. Otherwise and apart from its co-star’s recent return to the big screen in The Accountant, actor Jon Bernthal is still on deck to take charge of the Netflix viewership upon the forthcoming series of The Punisher.

Marvel has announced five more to the cast ahead of its release next year after announcing three names earlier this month. The series comes following its official announcement this Winter and Spring as one of the worst-kept secrets in 2016, and rightfully so following Bernthal’s debut performance in the popular Marvel role supporting in the Charlie Cox-headlined Daredevil series.

The Netflix original series ‘Marvel’s The Punisher,’ which will stream globally on Netflix in 2017, has announced five additional cast members.

Daniel Webber (“11.22.63”) has been cast as Lewis Walcott, a young veteran who has had a difficult time re-assimilating into Civilian Society.

Jason R. Moore (“A Lonely Place for Dying”) joins as Curtis Hoyle, a friend of Frank Castle’s and one of the few people who knows he is alive.

Paul Schulze (“Nurse Jackie”) will play Rawlins, a high-ranking member of the CIA whose operations in Afghanistan intersect with Frank Castle.

Michael Nathanson (“The Knick,” “Wolf of Wall Street”) has been cast as Sam Stein, a Homeland agent who is challenged by his partnership with Dinah (Amber Rose Revah).

“We couldn’t have asked for a more talented group of actors to round out the cast of Marvel’s The Punisher,” said Executive Producer and showrunner Steve Lightfoot. “It’s a thrill to watch them each bring their characters to life with such layered, nuanced performances.”

It was previously announced that Deborah Ann Woll (“Marvel’s Daredevil”) will reprise her role as Karen Page alongside Jon Bernthal, who stars as Frank Castle/The Punisher.

“Marvel’s The Punisher” is produced by Marvel Television in association with ABC Studios for Netflix.