FOR THE EMPEROR Gets An Official Trailer 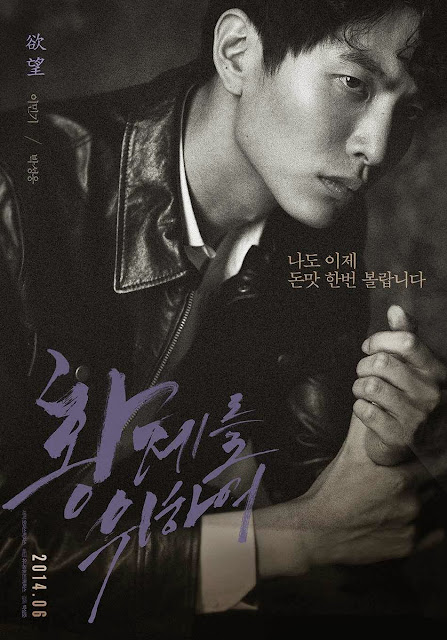 Live in South Korea and fancy an Korean-language action-packed, lovesick crime story? Then mark your calendar on June 12 for director Park Sang-Jun‘s new noir thriller, For The Emperor. The official trailer went online this week, in addition to a slate of stills which you can check out now via AsianWiki.

Hwan (LEE Min-ki), former professional baseball player. He was involved in fixing games and left the mound after losing everything. Natural born athlete gets recruited by the private loan ring, and the young naïve man gets fascinated by their money and power. He has nothing on him but expands his territory with confidence and malice.

Sang-ha (PARK Sung-woong) is the cold-blooded illegal organization’s boss who leads his members with loyalty and trust. He takes Hwan under his wing when is struggling and weak by bringing him into his circle of crime. And with Sang-ha’s trust he climbs up the ladder in an illegal private loan ring, Hwang-jae Capital.

Meanwhile, he falls in love with Yun-su (LEE Tae-im) who is only worth as a business tool. Suddenly Yun-su disappears, and Hwan thinks that Sang-ha is deeply involved with her leaving. Hwan is going to start rebel against his boss Sang-ha to win his love and authority.

[UPDATED] Reset The Day In An Extended, Enhanced Trailer And Six Featurettes For EDGE OF TOMORROW! Watch The New Trailer Reveal For APPLESEED ALPHA