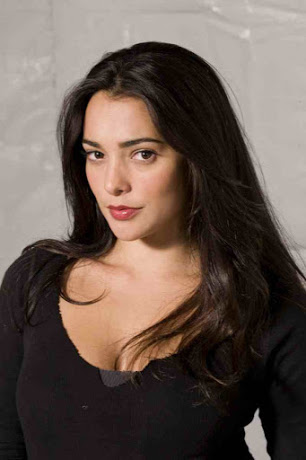 It’s been a quite a minute since we’ve last heard anything on actress Natalie Martinez’s upcoming bid in the martial arts drama, Warrior. That’s something I’ve been looking forward to since they filmed a pilot and those hopes haven’t waned on me since, although nowadays fight fans will find her throwing down on the hit Audience Network MMA drama, Kingdom.
As for all else this week, Deadline is now reporting that the actress will be wearing a badge in her forthcoming stint in Fox’s new cop drama pilot, A.P.B.. The show’s focus stems centrally from New York Times writer David Amsden’s July article, Who Runs the Streets of New Orleans, which covered the steps a rich entrepreneur took toward advancing privatized police in post-Hurricane Katrina New Orleans.
The premise of the show will follow Martinez in the role of Amelia Murphy, a NOLA detective with a penchant for sarcasm and intuitiveness, and a personality usually lands her in hot water with her commanding officers – one that also appears to have found her stuck at the dysfunctional 13th Precinct. David Slack is writing the pilot and will executive produce with  David Bernardi, Dennis Kim, Todd Hoffman, Robert Friedman and Len Wiseman who will direct.
We’ll learn more about this show in the months ahead, but do check out Amsden’s New York Times piece which ought to intrigue you some.