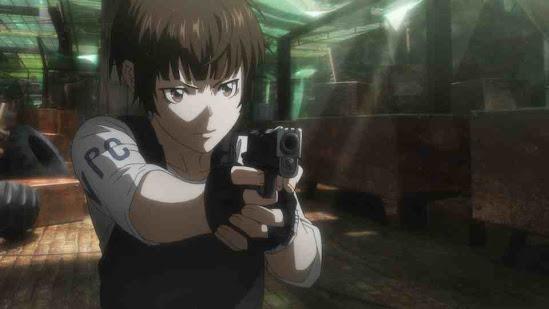 I’m a few days late with Funimation Films’s latest announcement for Psycho Pass: The Movie, but a trailer is now circulating ahead of its March 15 and 16 releases in the U.S. and Canada. It’s the latest from the company who have been on a hot streak with a number of anime and live-action titles from Japan for a while and as popular as they’ve become for it since the original shows’s 2012 airing, Psycho Pass: The Movie sounds certainly like a film title that guarantees all the hype it boasts.

FLOWER MOUND, Texas, Feb. 5, 2016 /PRNewswire/ — Funimation® Entertainment announced today the North American theatrical dates for the release of “PSYCHO-PASS: The Movie.” This climactic feature film is based on the 33-episode, hit TV series of the same name and marks the return of renowned script writer Gen Urobuchi, who wrote the original story for the first season of the anime series. “PSYCHO-PASS: The Movie” will screen in more than over 100 theaters across the United States and Canada on March 15 and 16, 2016. Advance tickets for the movie will be available for purchase beginning February 18 at funimationfilms.com/psychopass.

“Fans will truly enjoy this film and its visual homage to a number of live action movies and anime series,” said Mike DuBoise, EVP and COO of Funimation. “Since this is a very limited, two-day theatrical release, we are encouraging fans to purchase tickets in advance so they don’t miss out.”

“PSYCHO-PASS: The Movie” was produced by the celebrated studio – Production I.G. The “PSYCHO-PASS” anime series premiered in October 2012 and was followed by a second season in October 2014. The popularity of the show has resulted in multiple manga and novel adaptions. Series Chief Director Katsuyuki Motohiro and Director Naoyoshi Shiotani reprised their directorial roles for the movie.

Film Synopsis
In a futuristic Japan, the Sibyl System is charged with keeping the peace. Using extensive surveillance and biological monitoring to gauge the likelihood that individuals will commit a crime, the police are able to use weapons called Dominators to remove potential criminals from the population before they become a problem. Confident with the success of the System within their own borders, the Japanese government has begun to export the technology to other countries, planning to ultimately spread the System across the globe.

When the state of SEAUn brings the Sibyl System in to test its effectiveness, it becomes a haven of peace and safety—for a time. Eventually, terrorists from SEAUn begin appearing in Japan, somehow slipping through the System’s security and attacking from within. Desperate for answers, Inspector Akane Tsunemori is sent overseas to bring the terrorists to justice. But when her investigation forces her into a standoff with an old ally, will she be able to pull the trigger?

For more information on “PSYCHO-PASS: The Movie” and to purchase tickets, please visit funimationfilms.com/psychopass.

Watch All Your Super Bowl L Movie TV Spots Here! Take A Stab At The Latest Trailer For THE PERFECT WEAPON