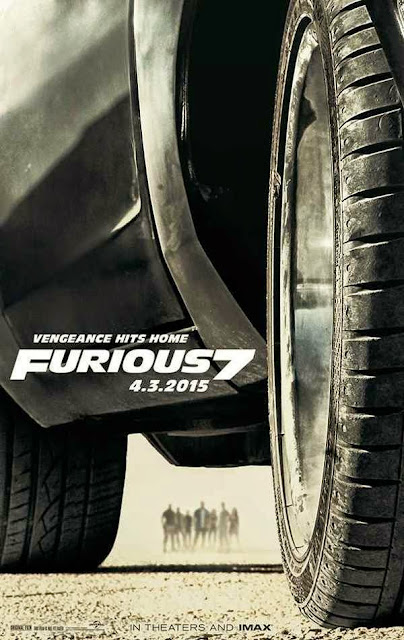 In the wake of the latest superbowl spot for director James Wan‘s Furious 7, we now have an extended trailer that delves much more into the action with further insight into the antagonistic and vengeful Lucas Shaw, played by the one and only Jason Statham. The trailer also shares a little bit more of late actor Paul Walker‘s character on screen while it is noticeable that we have seldom seen or heard him in any of the trailers so far, a bittersweet reminder of the task at hand of maintaining his character long enough on screen using hybrid mo-cap and digital enhancements with the help of Walker‘s brothers, Caleb and Cody.

The franchise has surely come a long way, having evolved into a purely character-driven saga based on family, trust as well as speed. With the caliber of stars and action muscle on-hand, there’s no doubt that this installment of the franchise will be truly entertaining, making it more than just a story of vengeance as it is billed. And as such, with franchise lead actor Vin Diesel front and center, it will certainly be one of the most heartfelt contributions to fans for their love and support for this saga in memory of one of its own, and a very interesting pre-cursor to whatever Universal Pictures has in mind for the remainder of the Fast And Furious saga, for which Tokyo Drift and Fast 4-6 helmer Justin Lin could return in some capacity.
There’s nothing certain just yet, but we’re less two months away from the release of this movie and a limited edition Blu-Ray set of all six films thus far is now available for pre-order before its release date on March 24, 2015, ten days beforehand. Yes, it’s about that time, so keep an eye out for more information as it builds, because things are only just getting started.
View the trailer below!

WB's Live-Action ROBOTECH Is Back From Limbo, Andy Muschetti Sought To Direct ASTRO BOY Is Gearing Up For A Live-Action Return To The Big Screen