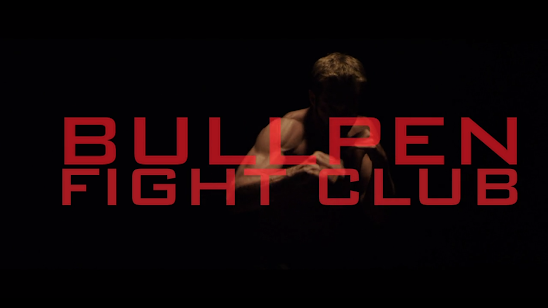 A longstanding favorite among action fans around the world for many years, actor and martial arts action star Gary Daniels continues to put his best foot forward with a few titles well on the way to a release. Those title include Ara Paiaya’s Skin Traffik, Wych Kaosayanada’s Zero Tolerance, and one of a few new films for director R. Ellis Frazier called Misfire, which was already picked up for multiterritorial distribution earlier this year, including for North America by way of Image Entertainment.

All films mentioned above have teasers and some info to support info about their respective storylines, unlike Frazier‘s current production which also offers something peculiar to bare in mind for Gary fans and action cinephiles alike. That film is called Bullpen Fight Club, and its newly unveiled teaser doesn’t do much to quell the curiousity about its intended plot, except that what ever it is will involve Daniels doing what he does best: Dodging bullets and unleashing a ballistic MMA one-man assault on whoever has it coming – be it on the streets, in a living room or in a darkly-lit fighters’ pit!
The film is likely still rolling cameras so it is reasonable that it’s early for any other info to release about the film. At any rate, chalk this one up on the “to see” list when it releases. Until then, watch the teaser and stay curious!

UPDATE: Synopsis from Ellis via The Action Elite:

An aging and injured former MMA champ is forced back into a deadly Mexican underground fight circuit to save is girlfriend who is kidnapped by a mysterious cartel leader and criminal mastermind. With a pimp from Los Angeles extorting him and a Cop from Mexico City on the search for the infamous criminal mastermind, Delgado, David Goran finds himself deep in trouble in Mexico. As he fights his way out, he and the Mexico City Cop finally find out who is behind the infamous Bullpen Fight Club, where fighters fight to the death to save themselves and their loved ones.

Epic DAWN OF THE PLANET OF THE APES Final Trailer Is Epic! Batman Co-Creator Bob Kane To Get A Posthumous Star On The Hollywood Walk Of Fame