GHOST IN THE SHELL: NEW MOVIE EDITION Prequel Reinvigorates Fans With A New Promo For A Summer Release 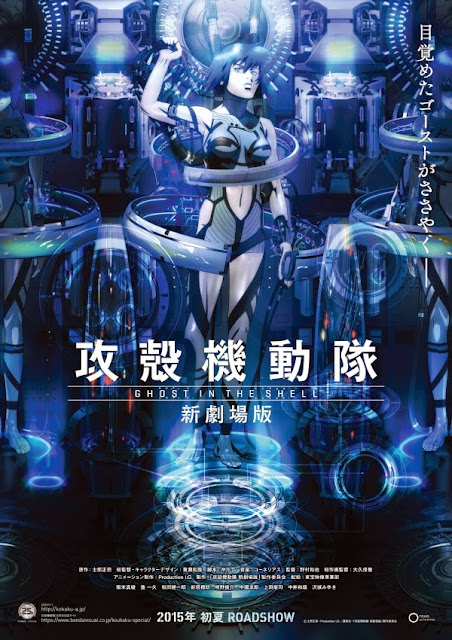 Those of you still balking at the prospects of Hollywood’s current efforts at a live-action rendition of Shirow Masumune’s Ghost In The Shell can at least rest on the knowledge that its original auteurs will always be the ones who got it right first. That said, a new thirty second promo has gone viral for the domestic upcoming return to its animated roots in the new feature film release, Ghost In The Shell: New Movie Edition.

The official website for the new film states that the voice over cast, along with much of the team from the 2013-2014 OVA series, Ghost In The Shell: Arise will work on the new film, which will center on the origins of Kusanagi Motoko, the cybernetically enhanced squad leader of Public Security Section 9. Actress and voice talent Sakamoto Maaya will voice over as the lead from a script by GitS: Arise scribe Ubukata Tow with Samurai Kings helmer Nomura Kazuya directing, Ookubo Tooru carrying over as chief animation director from the franchise’s 2004 sequel, Innocence and preceding anime series, Stand Alone Complex, and Arise‘s Kise Kazuchika serving as key director at Production I.G. foe the film’s planned release this summer.
Check out the teaser below!
H/T: Crunchyroll

The Wolves Line Up In New Character Posters For WOLF WARRIOR + New Featurette Armor-Up For New Trailer For Down Under Zombie Apocalypse Thriller, WYRMWOOD: ROAD OF THE DEAD!