Director Lee Jeong Beom‘s newest hitman thriller, No Tears For The Dead, is set to hit South Korean cinemas on June 5. And this week, fans of the director eager to see his latest work can now catch him in a new behind-the-scenes featurette with the cast and crew for the new film. Granted, it’s all in Korean, so if this isn’t a huge issue for you non-Korean speakers out there like myself, then you’ll probably get a good idea of what is happening throughout.
And yes, the film also earned itself a new poster, all of which you can take a look at below. 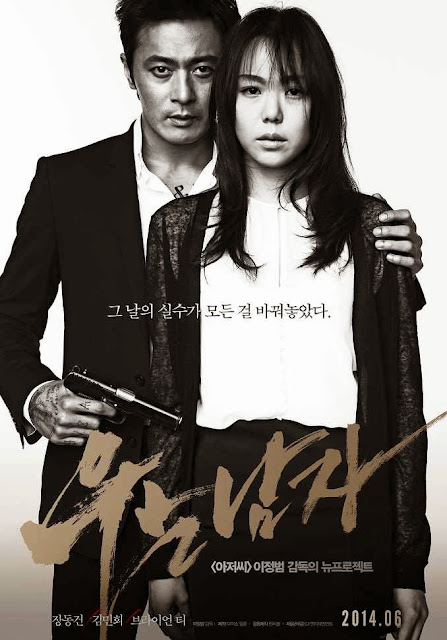 After immigrating to America and being abandoned by his own mother, Gon is raised to become a hit man. One day during a job, Gon accidentally kills a young girl and is plagued by guilt over killing an innocent child. His boss gives the despondent hit man a new job – to kill the young girl’s mother. Gon’s new target, Mo-gyeong, works as a risk manager at an investment firm. The grief-stricken mother buries herself in her work without knowing that she is in the heart of a dangerous conspiracy. Then, she meets a man who wants to tell her the truth behind the death of her child.

No Tears For The Dead stars Jang Dong-gun, Kim Min-hee, Kang Han-na and Brian Tee. Check out the featurette and stay tuned for some hopeful release news.

Watch The Latest Trailer For TRANSFORMERS: AGE OF EXTINCTION Watch An Action-Packed Promo For BLACK AND WHITE 2: THE DAWN OF JUSTICE