Go Beyond The Wall In The Latest Trailer For THE DIVERGENT SERIES: ALLEGIANT! 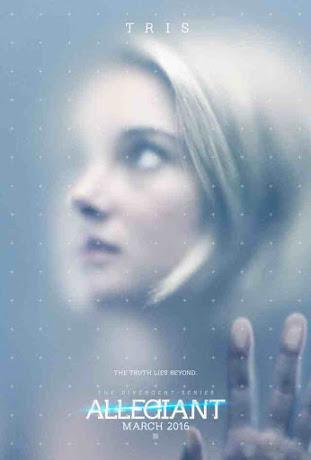 Shailene Woodley and Theo James are reigning supreme as one of the biggest screen couples to date with the impact they’ve left thusfar with the Divergent movies. They’re back once more with Robert Schwentke at the helm for for the third installation, The Divergent Series: Allegiant, and accordingly for the young-adult crowd while boasting some great visuals and spectacle to accommodate the story that centers on our two rebels and their friends as they go beyond the wall that once held them for so many years.
SYNOPSIS:

After the earth-shattering revelations of INSURGENT, Tris must escape with Four and go beyond the wall enclosing Chicago. For the first time ever, they will leave the only city and family they have ever known. Once outside, old discoveries are quickly rendered meaningless with the revelation of shocking new truths. Tris and Four must quickly decide who they can trust as a ruthless battle ignites beyond the walls of Chicago which threatens all of humanity. In order to survive, Tris will be forced to make impossible choices about courage, allegiance, sacrifice and love.

The film slated for March 18 a little over a year before the release of The Divergent Series: Ascendant on June 9, 2017. Catch the latest trailer!