GODZILLA Will Debut Its First Animated Movie In 2017 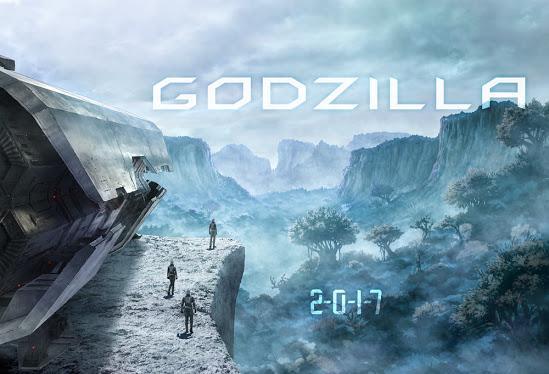 Much is still ado with Toho’s famed classic monster property, Godzilla. The studio has since taken well off since releasing Shin Godzilla late last month in Japan cinemas from helmers Higuchi Shinji and Anno Hideaki, and rose as both a critical and commercial hit in its first two weeks.

This week, word now comes courtesy of a new teaser site announcing Toho’s latest move to anime for a new Godzilla movie from Polygon Pictures to be released in 2017. Sitting at the helm are Shizuno Kobun who directed two Fist Of The North Star animated films and a row of Detective Conan titles, and Ajin series helmer Hiroyuki Seshita who also led way for Knights of Sidonia. Madoka Magica and Fate/Zero scribe Urobuchi Gen is penning the script.
Marking the company’s first-ever animated feature-length film since the franchise’s cinematic inception in 1954, the film is just one in several Godzilla titles currently in the works. Legendary Pictures, the studio behind director Gareth Edward’s 2014 iteration of the classic Toho property is due for a sequel while plans are underway to cross the iconic Kaiju over into King Kong territory for an epic on-screen battle in 2020.
Anno and Higuchi’s Shin Godzilla (a.k.a. Godzilla: Resurgence) has several territories nabbed for release throughout the remainder of the year, including North America from Funimation Films.

AMERICAN ASSASSIN Targets Taylor Kitsch For The Villain THE DRAGON’S ALLY: An Interview With Alexandre Bailly