Harbor City Is Under Siege In The New Teaser For 3D Cop Thriller, BLACK AND WHITE 2: THE DAWN OF JUSTICE 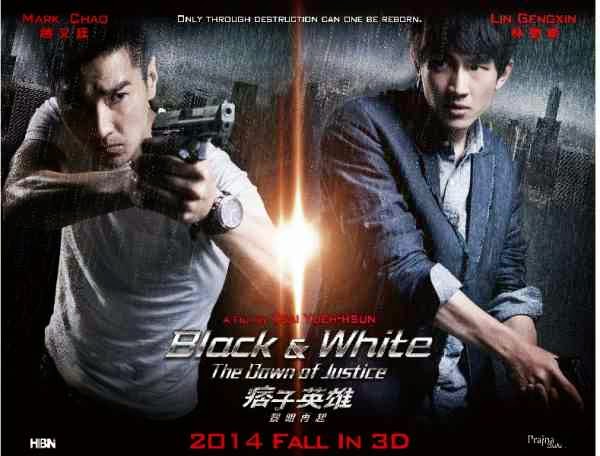 It’s interesting to look at television dramas and watch them translate into big screen theatrics. In particular, you can guarantee there’s a little bit more muscle being flexed when there’s action involved; Such is the case with producer and director Tsai Yuen-Tsun‘s latest upcoming 3D blockbuster, Black And White 2: The Dawn Of Justice.

Gifted with a mild increase in budget since its 2012 theatrical predecessor, Black And White: The Dawn Of Assault, the new film is one in a continual string of ambitious features coming from overseas with combined efforts from top-notch professionals around the world to help further enhance the scope of the action, as well as the story telling involved. “We have always wanted to create a highly entertaining modern action genre, which not only has the universal appeal but also offers more enjoyable elements for the Asian audience because of the local colors embedded in the story background,” says Tsai in a directors’ statement. “We have endeavored to enhance our skills, to come up with up-to-date stories and to expand our horizons. It’s a long and winding road, but we take this tough challenge with delight because we’re always ready to surpass ourselves…”.
Taiwanese actor Mark Chao reprises his role from the first film. Actress Nina Chang, and actors Lin Gengxin, Huang Bo and Christopher Lee round out the cast, with electrifying second unit direction and action design by Jack Gill (Fast Five), Ron Yuan (Fast And Furious) and Lan Hai-Han (Ip Man 2). Black And White 2: The Dawn Of Justice opens this October.
SYNOPSIS:

Police officer in the Southern Precinct, WU Ying-xiong, has been revered as a hero in the Harbor City ever since he stopped the terrorists on a Boeing 777 airplane and kept the city safe. Unfortunately, the peace is only temporary…

Panic spreads the whole city as a series of bomb explosions happen within hours and this is just the beginning of a tight-knit conspiracy.

Righteous and impulsive, Wu is paired up with the intelligent but arrogant loner CHEN Zhen to track down the mastermind behind the bombing incidents. During the investigation, they find the clues are linked to a freeway kidnapping case. Worst of all, they find the next suicide bomber is XU Da-fu, a criminal who once helped Wu solve the airplane crisis and secretly ran away with his girlfriend Qiao-qing by faking death with Wu’s assistance.

Soon Wu and Chen will discover that the bombings are just the prelude to a massive destruction. Stolen military missiles are now aimed at the Harbor City; moreover, a deadly virus is about to breakout, which is so highly contagious that it can devour the whole world in 14 days. All the chaos is planned by the Nightwalkers—a secret assassination squad which used to serve the highest government officials.

Facing the unprecedented crisis, the two-men team of totally opposite characteristics is the only hope to reverse the situation. Nonetheless, when moral standards are turned upside down, what faith should they keep to maintain the so-called justice?

The Trailer For HOLIDAY Brews Quirky Romance With A Touch Of Energizing Action CANNES 2014: What's New With Idris Elba?