HELLBOY Is Getting A Complete Reboot, And I Am In Mourning 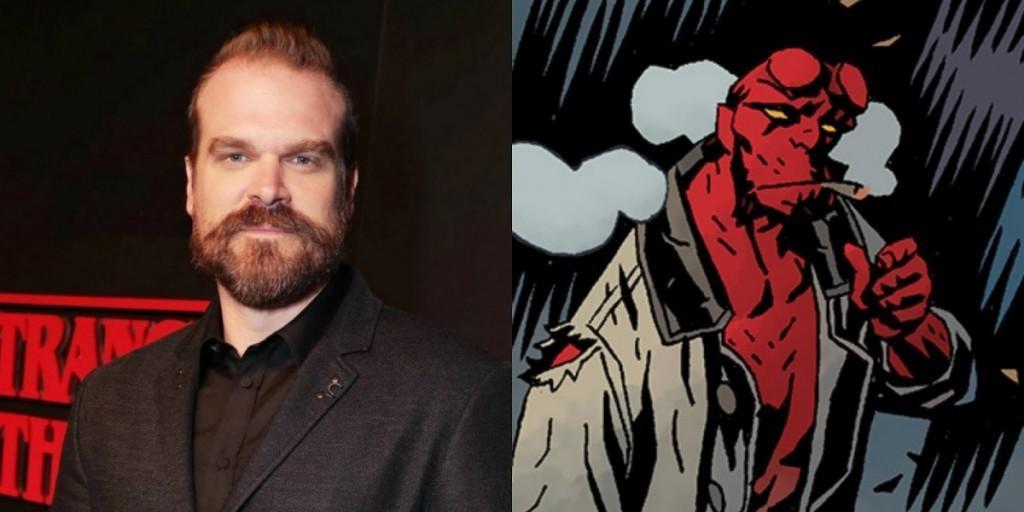 Well, he’s not taking the Cable mantle as once suspected a little while back for Marvel’s Deadpool 2. Instead, actor David Harbour is being eyed to don the signature shaved horns and red skin in the title role of a new outing for Hellboy with word that The Descent helmer Neil Marshall is up to helm a complete reboot.
Millenium Films is reportedly behind the move for the tentatively-titled Hellboy: Rise Of The Blood Queen, which reportedly has a script written by Andrew Cosby, Christopher Golden and “Hellboy” creator Mike Mignola, as THR writes. Negotiations are now underway with producers Larry Gordon and Lloyd Levin to relauch the once popular indie comic property for the big screen with Dark Horse Entertainment’s own Mike Richardson is also producing.
This comes, personally, and partly as heartbreaking news. Granted, I dig Harbour as an actor and especially after Stranger Things, but I among the cult fanbase LOVED actor Ron Perlman for both films he was in. Apparently recent efforts by acclaimed filmmaker, Hellboy (2004) and Hellboy: The Golden Army (2008) helmer Guilermo Del Toro hit a roadblock during talks with rights holder Gordon over the budget for a third film. Alas, apparently the producers don’t want to budge and instead wish to go where the money is…which is understandable but it doesn’t make it hurt any less.
Point in fact it feels like something much more than a wasted opportunity. At best, I’m sure the lot of us are just hoping for a REALLY good and worthy film reboot that bodes well with the fans, but I really had my heart set on meeting Perlman’s Hellboy twins.
This is… going to take some time. And so for now I leave off with a small token of my gratitude for the Del Toro Hellboy trilogy that never was… Those who feel it, feel it.