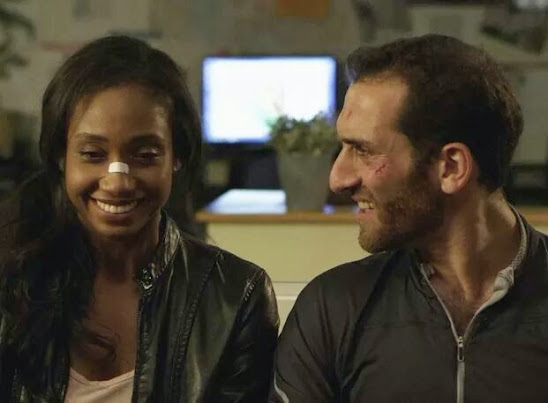 It’s been well over a year since I first talked about actor and martial artist Shahaub Roudbari who launched his channel last summer with the goal of creating entertaining diversity-driven content. Building on those efforts, Shahaub recently teamed with a colorful group of actors and filmmakers to help put together a pitch video for an inspired new television series that looks every bit as worthy of mainstream syndication as many popular shows to date.

The series in question: S.M.A.C.K. Unit, an action comedy series that guarantees a fair share of slapstick and amazing chemistry, with the usual assortment of world class quality action delivery to boot! David Crabtree (Psych, Where Would We Be) is directing the series as well as writing the script with leads Roudbari, and actress Ajarae Coleman (Scandal, Iron Man 2), and it goes a little somethin’ like this:

The agents of S.M.A.C.K. Unit (Specialized Multi-Agency Counter Korruption) secretly handle high-profile cases when there are suspected moles within other US government agencies.  When an infamous international thief escapes from prison and steals the precious Mesopotamian antiquity, the Cyrus Cylinder, the Unit suspects that the FBI is involved.  Young agent Malia Bennett is paired with her nemesis and most auspicious arrest, Cyrus Dashti, a wild, charismatic kleptomanic who almost stole the Cylinder years ago. Together with the hilariously ecclectic S.M.A.C.K. team, this unlikely duo battle their mutual distaste for one another, opposing motivations, and an ever-building sexual tension, to expertly fight their way through the criminal underground and root out the mole.

As tough as it is in this climate, most studios are reluctant to fund an original idea (how else would you explain all these comic book movies?). That said, Coleman and the team have every intention in the world to help get this series funded. So they’re presenting you a new clip from the video featuring Roudbari in action to help garner some attention from interested fans. It’s worth a look, as well as the official Kickstarter campaign video which has a LOT more to share.

Watch the video below, and take a look at the Kickstarter page to find out how you can help this series get off the ground, as well as the swag you can earn from being such a cool supporter!