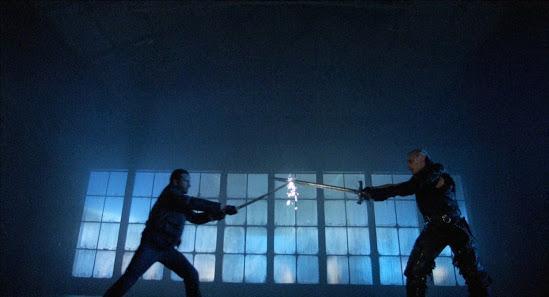 I don’t know about the rest of you, but I would love to see actor Clancy Brown reprise Sean Connery’s role as Ramirez in a possible remake of Russell Mulcahy’s 1986 cult fantasy hit, Highlander. Brown, who played the villainous Kurgan in the original film made the case recently in a chat with the good folks at Total Film and to me, it would be very pleasing as a fan.

The Huntsman helmer Cedric Nicolas-Troyan has been on board to direct for a couple of years now while we await further developments on it. In the meantime, the 30th anniversary of the film’s release is looming and the Edinburgh Film Festival is ready to make a thing of it on June 18 with the film’s premiere, restored in pristine 4K and given the same treatment for its upcoming Blu-Ray release on July 11 in the U.K..
Christopher Lambert stars in the iconic role of Connor McLeod, a 16th century Scottish warrior clansman killed in the heat of battle by the Kurgan, turned into an immortal and exiled by his own people. Now, four centuries into the future and living quietly in New York City, life as a battle-trained swordsman comes full circle for McLeod as a contestant in a game among other hidden immortals, played for the ultimate ‘Prize’ – one which he must prevent The Kurgan from receiving to protect mankind at all costs.
Check out the trailer below courtesy of IGN! (hat tip to Felix Ng)